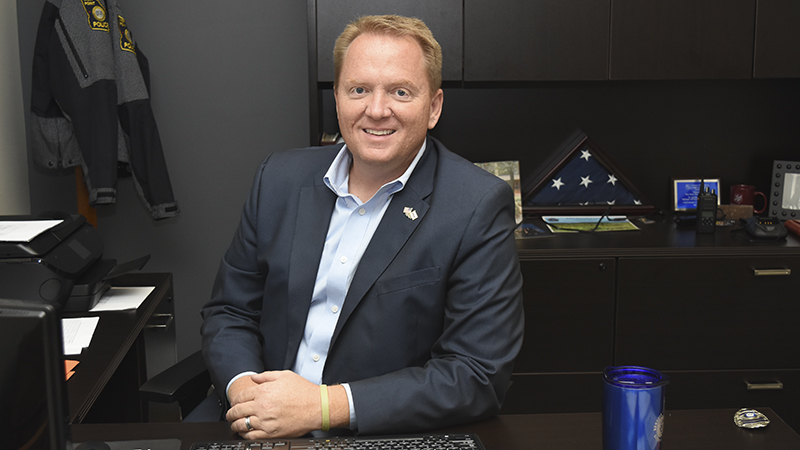 Bailey’s final day with the West Point Police Department will be Sept. 30, and it’ll be a bittersweet day. Returning to Powder Springs, which is in Cobb County, means he and his family get to return to where he grew up and where he’s worked most of his career. However, it also means leaving West Point, a community he now calls home.

“It’s an opportunity that very rarely ever comes up,” Bailey said of the position in Powder Springs. “Right now, it’s a four-hour round trip to visit family. It’s just a long way to be away. We love it here, and we are going to miss it here.”

A farewell ceremony will be held for Bailey on Sept. 27 from 4 to 6 p.m. at the West Point Depot.

The West Point Police Department employs 19 sworn officers and eight civilians. During Bailey’s three years, the department has moved into a new building.

“We went from about 3,000 square feet to 10,000 square feet, so now we can actually function without stepping on each other. We have a state of the art 911 center now with a complete bug out center, where if something happens to it, we can flip a switch and we’re up and running in another location,” Bailey said.

Bailey said there is a transition plan in place, but he said nothing has been announced publicly.

“We’ve got a great platform here. The command staff here, the men and women here are very capable,” Bailey said. “Things will keep moving smoothly without any issues whatsoever.”