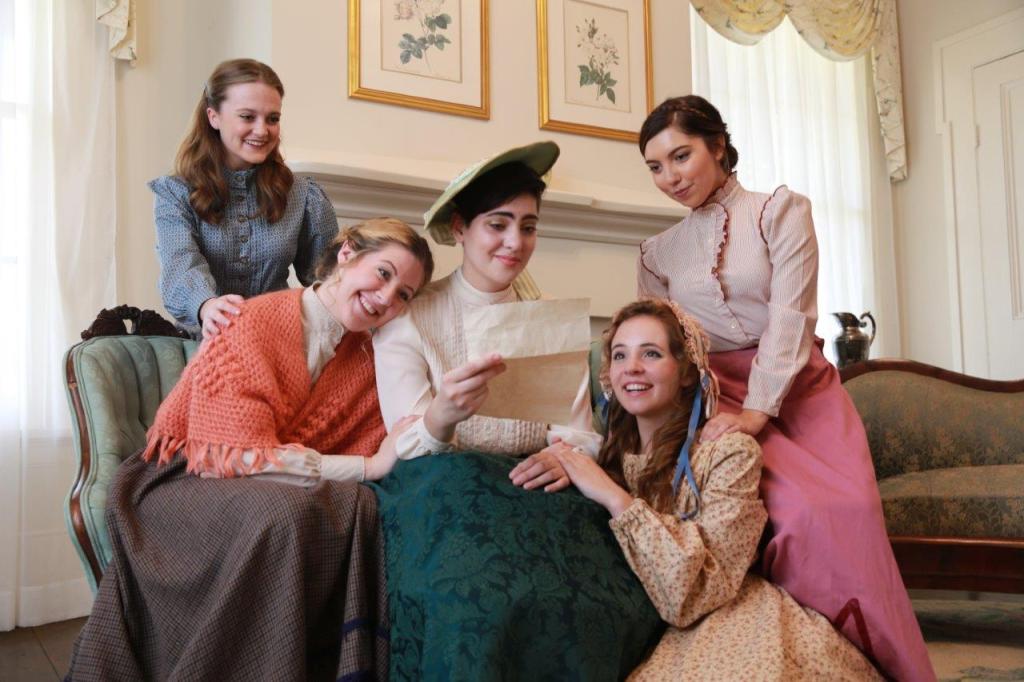 “Little Women: The Musical” will be performed at Price Theater on Oct. 5 through 8 and 19 through 21. (Submitted)

Louisa May Alcott’s classic novel “Little Women” has been beloved by generations. The story of the March family has inspired many films, television serials, operas and musicals, the most recent performed on Broadway in 2005.

Leigh Ann Hamlin, a junior musical theatre major who is playing Beth, said this staging brings the book to life in an exciting new way and its contemporary music makes it much more accessible to today’s audiences.

“The scenery and the way that it moves is a large part of the storytelling,” said Seals, who is playing Jo. “There is a lot of theatricality, and everything is so vivid.”

New Technical Director Luke Hopper is bringing a lot of magic to the production, she said.

Director Kim Barber Knoll, professor and coordinator of the Theatre Arts program, said the family-friendly show was originally done with minimal scenery and a small cast.

“There is an option to use an ensemble in the script and the score,” she said. “We are very excited to showcase 11 of our freshmen performers in the ensemble.  Bryce Mixon plays Laurie and Joely Peterman plays Mrs. Kirk, and they are both freshmen.”

Also, Neal Brumbeloe of LaGrange will be appearing as Mr. Lawrence. His most recent role on the Price stage was as Mr. Mushnik in “Little Shop of Horrors.”

“It is so much fun to play a child, after playing so many older characters in the past,” she laughed. “Amy is so dramatic about everything. I love the scene where Amy demands to go to the ball with the older girls, wearing one of Jo’s old dresses.”

Junior Elyse Barnett has enjoyed taking on the role of Marmee, the mother of the March girls.

“She finds her joy in her children, and all she wants is for them to do what makes them happy,” Barnett said. “She nurtures her children to find their own place in the world.”

Knoll said Alcott based “Little Women” on her own family.

“Jo, the writer, (Alcott) is the character many will root for and admire,” Knoll said. “She is a fireball, and she rebels against the rules set for young women in this time period, the mid 1800s.  A New York publisher tells Jo, ‘My advice to you is to return home and have babies.  This is what women are made for.’  Fortunately for us, Jo doesn’t listen.”

Taking on the role of Meg, the oldest March sister, is Laine Fletcher, a sophomore theatre arts major.

“Meg longs for romance and is the first of the sisters to find love,” she said.

Fletcher also said it hasn’t been difficult to portray the closeness of the March family.

“This show has been so special for all of us because we have a very strong friendship, which has made it easy.”

Knoll said she was delighted the show contains many things that will resonate with the audience.

“Much of the dialogue is taken verbatim from the book,” she said. “The writers captured the heart of Alcott’s characters even though there are some differences in the book and the stage script.”

“The musical score is energetic, compelling and memorable,” said Dr. Toni Anderson, conductor and coordinator of the Music program. “Each song richly underscores the emotional journey of the March family.”

“You will laugh, you will cry and you will appreciate your family,” she said. “And if you have siblings, you just might recognize one or more of them in this show.”

The box office is open weekdays from noon until 4 p.m.  Tickets are $15 for adults, $10 for senior citizens (55 and older) and non-LC students and free for LC students faculty and staff. Email the box office to make reservations at priceboxoffice@lagrange.edu, or call 706-880-8080. If emailing or calling, please leave name, the performance date/time and number of tickets desired, type of tickets and a call-back number and email address for confirmation.