Panthers look to bounce back 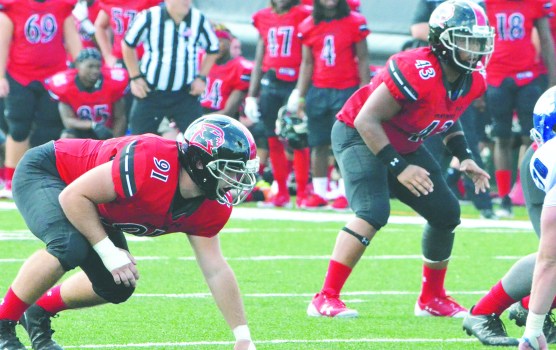 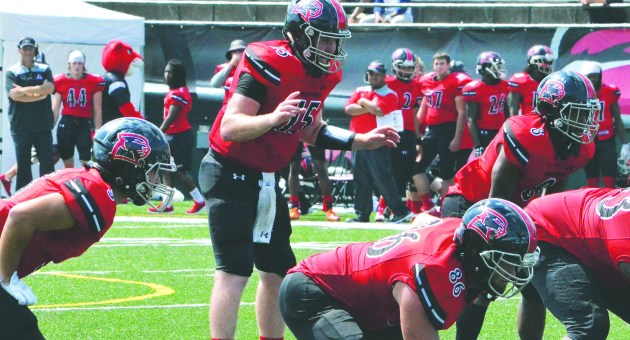 LAGRANGE – The LaGrange College Panthers had Averett on the ropes.

In last week’s USA South showdown in Virginia, LaGrange surged to a 17-0 lead in the first 10 minutes of the game, but while Averett may have been knocked down, it wasn’t knocked out.

LaGrange College will look to shrug off that disappointment and get back on the winning track when it hosts North Carolina Wesleyan today in a conference game, with kickoff set for 1 p.m.

When Connor Blair threw a 40-yard touchdown pass to David Apiag in last week’s game, LaGrange College had a 17-0 lead, and there were still more than five minutes to play in the first quarter.

Averett scored again in the third quarter to take its first lead of the game, but LaGrange College tied it moments into the fourth quarter on a 64-yard scoring pass from Blair to Djeimon Owens.

Averett reclaimed the lead with a field goal, but LaGrange College still had a chance.

LaGrange College made it to the Averett 21-yard line in the final seconds, but a potential game-tying field goal was unsuccessful.

Blair had another big day for the Panthers, completing 27-of-42 passes for 308 yards with three touchdowns, and Brendon Scott ran for 139 yards.Apiag, a freshman from Northside High in Columbus, had seven catches for 82 yards, and Owens and Austin Sapp both had touchdown receptions.

Defensively, Peyton Haynes and Fabian Ryan both had 11 tackles for the Panthers, and Shamar Slappy had eight tackles, including two for loss with a forced fumble.

For the season, Blair is averaging 279.6 yards per game, and he has thrown 13 touchdown passes.

Marcus Campbell is the Panthers’ leading receiver with 32 catches, and Campbell, Sapp, Apiag, Brendan Thomas and Owens each has two touchdown receptions.

Scott is the Panthers’ leading rusher with 371 yards on 62 carries with a pair of touchdowns, and Nicholas Searcy has 305 yards on 64 attempts with three touchdowns.

Ryan is having a big season from his linebacker position with 41 tackles, including 4.5 for loss.

Rayshaun Bagsby has 25 tackles, and Demetrius Rodgers has 21 tackles, including a team-best five for loss.

Slappy has 20 tackles, and three of them have been for loss.

North Carolina Wesleyan started 0-3 before beating Maryville 35-25, but it lost to Ferrum 17-7 last week to fall to 1-2 in the conference.

N.C. Wesleyan has struggled in the passing game, with Nate Gardner completing just 40 percent of his passes for an average of 147 yards per game, and he has five touchdown passes and eight interceptions.

Darian Curley is N.C. Wesleyan’s leading rusher with 299 yards and a pair of touchdowns.