Learning how to do a traffic stop 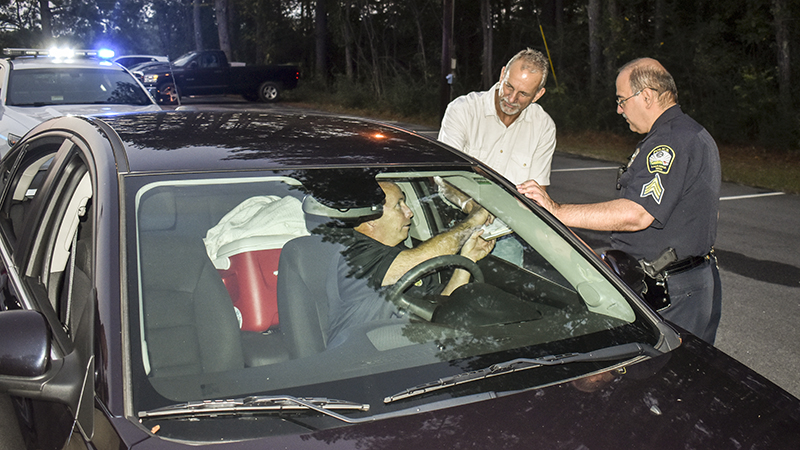 Members of the LaGrange Police Department’s Citizens Police Academy had a chance to step into a police officer’s shoes during Tuesday night’s meeting.

Each class participant put on a police officer’s belt, drove a police car and performed a mock traffic stop at the police training center building on Aerotron Parkway.

Lt. Eric Lohr and officer Jim Davison acted as civilians, giving each “officer” a look at what real officers deal with.

Lohr took off out of the passenger side door during one stop. During others, the duo turned the music in the car up loudly, acted suspiciously and left weapons and other objects laying on the dash.

“He was arguing with me and that’s why I did that,” Davison said during one stop. “I don’t think I should get a ticket for that.”

In another stop, Davison gave a common excuse for speeding.

The point was to imitate how people might act when pulled over by the police, while also showing how many things the officer has going on at the same time.

Sgt. Delton Armstrong guided each participant through the mock stop. Each participant drove the car up, positioning it in the same left alignment the way an officer would. Armstrong let each person use the radio and turn on the car’s blue lights to initiate the stop.

The Citizen’s Police Academy meets every Tuesday night from 6 to 8 p.m. at the police training center.