Construction crews begin work on segment 2 of The Thread 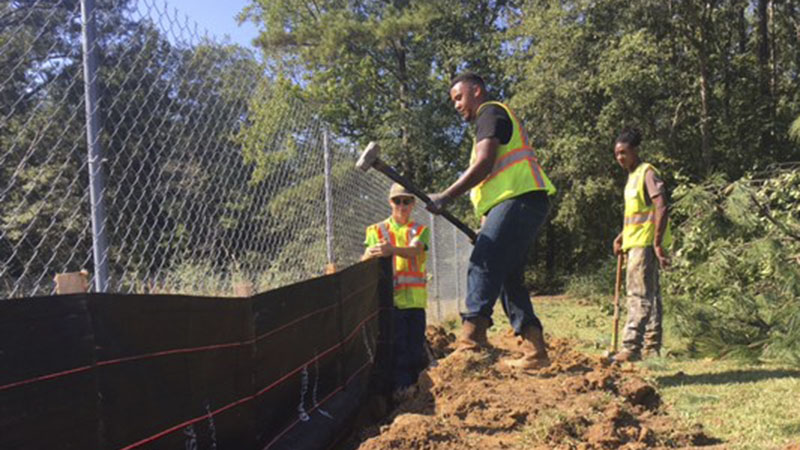 Construction crews have begun work on the second part of The Thread.--Contributed

Crews started construction on Segment 2 of The Thread this week at the George Harris Baseball Complex, near the playground. The second segment will run from the Mike Daniel Recreation Center to the intersection of Daniel and Ware Streets.

There is an existing trail from the Mike Daniel Rec Center that runs about a half mile through Harris Fields. That’s where crews started clearing the land to extend the trail into what will be The Thread. Workers installed a silt fence and cleared trees the latter part of this week.

“The progression of Segment 2 is developing very nicely,” said Friends of The Thread Executive Director Natalie Hale. “This part of The Thread will offer residents and visitors by Mike Daniel through Eastside Park the great amenities just like the model mile.”

Eventually Segment 1 and Segment 2 will connect through downtown LaGrange.

“We are excited to provide this amenity to more neighborhoods. Segment 1 has been such a success,” said City of LaGrange Senior Planner Leigh Threadgill. “We expect Segment 2 will receive just as much use.”

It will take two to three weeks to clear the area for Segment 2 of The Thread. This segment is expected to be completed in the next 6 months, in April 2018.

For more information go to www.thethreadtrail.org.

Cause of fire on East Mount Zion Church Rd…