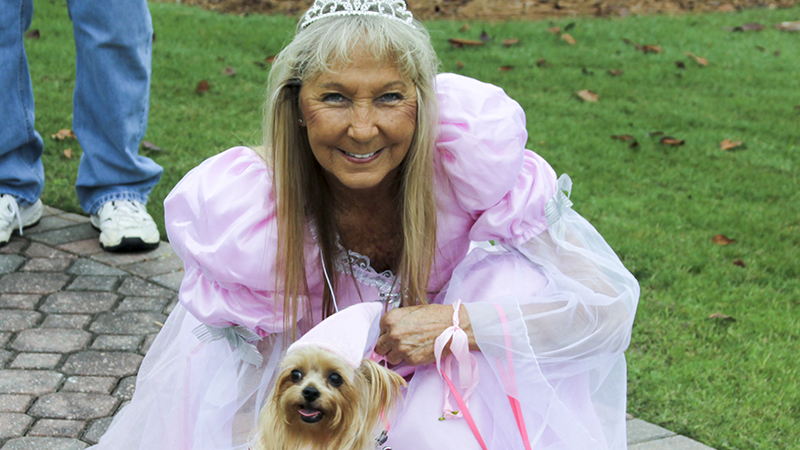 On Saturday, it was hard to tell who was having more fun, the dogs or the people at Hogansville’s HOWL-O-ween Dog Parade.

The dogs and their owners began their colorful trek at Calvin Hipp Veterans Memorial Park and paraded through downtown in quite possibly the cutest parade to ever make its way through the city. The parade was one of the events including a trail run back in September and a kick-off dinner scheduled for Thursday leading up to the festival next weekend.

“It is a fun event to lead off the festival with,” said Roseanna Prado, who organized the event.

Like all events related to the Hummingbird Festival, the dog parade was made possible by volunteers who want to celebrate their city and their passions together.

“I’ve got fabulous volunteers,” Prado said. “They just do so much, and they love dogs.”

Over 26 dogs participated in this year’s parade, which organizers celebrated as a success for the first year of the small town event.

“This is our first year and already you can see from the turnout that it’s been a success,” Mayor Bill Stankiewicz said. “We expect it to grow in the future. It is just another event as part of the Hummingbird Festival. … The success is all attributable to the volunteers.”

Volunteers like the owners of country critters were also excited about the event’s success.

“All the costumes have been great,” said Gail Mullins, the co-owner of Country Critters. “We had a really good turnout. It is good to see the community and dog lovers coming together.”

The Hummingbird Festival will take place in downtown Hogansville beside the Historic Train Depot on Oct. 21 and 22 from 10 a.m. to 5 p.m.