Woman, 1 year-old killed in accident on I-85; two others injured 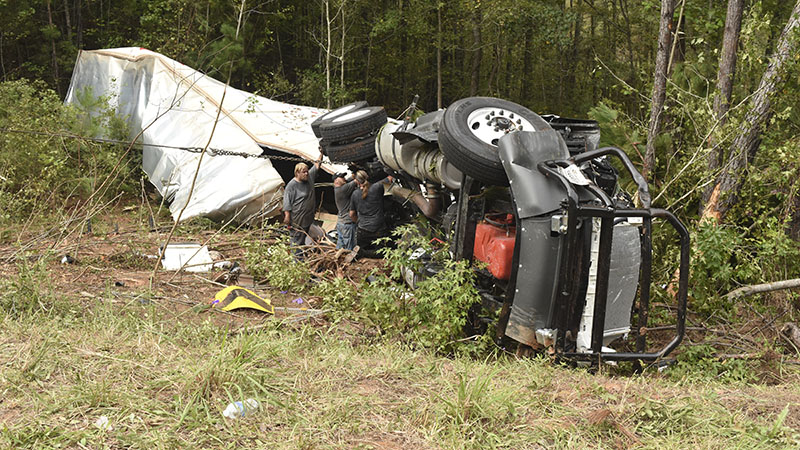 A wrecked semi-trailer truck is shown wrecked on the on-ramp from I-185 to I-85. --Daniel Evans

A woman and her 1-year-old child were killed in an accident Sunday morning on an on-ramp to Interstate 85. Two others, including an infant, were also injured in the crash.

Georgia State Patrol Master Trooper Dexter Cladd said around 10 a.m. Sunday morning a semi-trailer-truck slid off the curve on the on-ramp from Interstate I-185 between exits 18 and 21 on Interstate 85. The accident was called in by a passerby, who didn’t see the wreck, but saw smoke from beside the road.

Cynthia Lynn Harris, 29, from Phenix City, Alabama was killed in the accident. The name of the 1-year-old child who was killed was not released.

The name of the other infant, who Cladd estimated was only a few months old, was also not released. Cladd said the infant was being airlifted to Scottish Rite Hospital in Atlanta.

As of 3 p.m. Sunday, the on-ramp was still closed for thru traffic. Cladd said he estimated it’d be reopen at some point Sunday evening, once the scene was cleared.