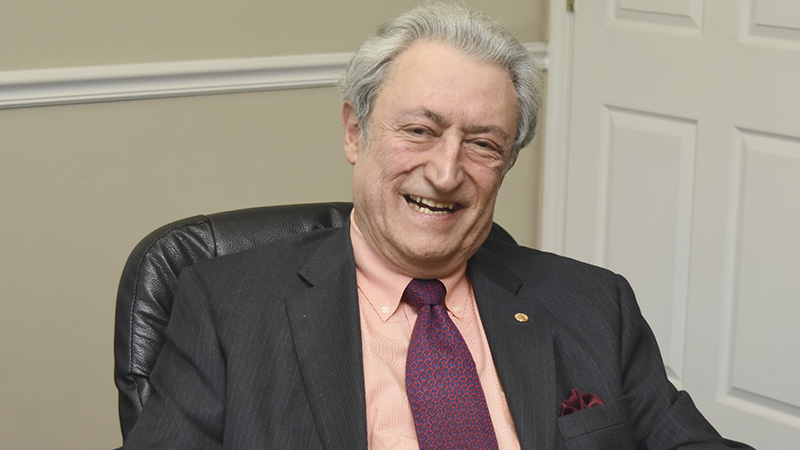 Entrepreneur Barry Flink, a LaGrange native, has overcome kidney disease and is feeling better than ever. Now, he’s able to get back to the five organizations he plays a role in and to his unique collection of chess sets and liquor bottles.

Flink, a LaGrange High School graduate, said he was the runner-up for the state chess championship in 1968. When he made the dean’s list his first year at Georgia Tech, his parents knew the right way to celebrate — buying him a chess board.

It was the first of many. Flink now owns 43 chess boards, though his collection seems likely to grow in the future.

His set of chess includes one from Argentina made of leather and other unique items.

“There is a story behind every chess set,” Flink said. “I’ve been offered once or twice to buy a chess board or buy the whole collection, and it’s not for sale. It’ll go to our son and whatever he wants to do, it’s his business.”

Of course, if not for the act of a former co-worker, Flink probably wouldn’t be collecting chess sets or liquor bottles.

Diana Farmer heard of Flink’s worsening condition and told him she’d donate her kidney, he said. She was a perfect match.

“The lady who donated the kidney for me is one of my own employees. I could never repay her for what she did. Basically, she saved my life. I couldn’t afford not to do this, so one week before the transplant, I gave her a blank ticket that would allow to fly anywhere on this planet wherever she wanted to go,” he said. “Not a big deal compared to what she did for me.”

Flink said he was feeling fine before the kidney transplant, despite low creatinine levels.

“That’s where this thing really shocks people,” Flink said. “I didn’t have an idea how sick I was. I was still basically doing everything I had ever done.”

Flink’s father, Max Flink, used to own and operate Flink’s Flowers in LaGrange.