Is the city prepared for Great Wolf’s opening? 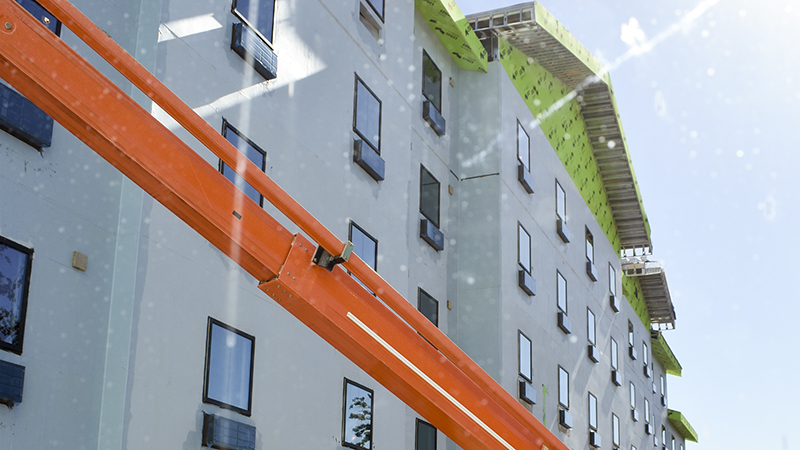 Ever since Great Wolf Lodge announced that it would open a location in LaGrange, locals have worried about other issues that might pop up. However, city officials believe those concerns have all been accounted for.

LaGrange Police Chief Lou Dekmar said he doesn’t expect there to be any major traffic issues or an increase in crime in conjunction with Great Wolf’s opening, which is expected to bring in approximately 400,000 visitors each year. Great Wolf announced Thursday during a hard hat tour that the LaGrange location will open May 31, 2018.

“When Great Wolf was first announced, we reached out to a couple of the departments (in cities and counties) where they have located, and they didn’t see any significant issues as it related to traffic or crime,” said Lou Dekmar, the chief of police and chief of public safety for the City of LaGrange.

The resort is expected to bring in visitors from throughout the south east, and its location on major interstates leading to Alabama, Florida and other parts of Georgia was considered when deciding on the LaGrange location. Great Wolf representatives have stated that they believe most of those visitors will drive to the resort, which will increase traffic to that part of the city. The LPD is expecting that increase to be comparable to a factory opening up in the industrial park, instead of the bumper-to-bumper traffic that some locals fear.

“If you look at the average number of people that that brings in and divide it by the days of the week it is somewhere between 1,500 and 2,000 (per day during peak times),” Dekmar said.

“During the day our population grows probably anywhere from 10,000 to 12,000, so while I would expect that there will be an increase in calls in that area, I think we currently have the resources available with the station on Davis Road to respond quickly and appropriately to any sort of medical emergencies that may present themselves.”

Dekmar also said that he believes many traffic concerns will be resolved by traffic control devices like traffic lights. He also pointed out that vacationers will likely travel use the road during different time frames then those who work at local businesses.

“I expect that we will see an increase in traffic, but corresponding (with that) we are seeing an increase in infrastructure with the building of Tom Hall Parkway,” Dekmar said. “I think that the nature of the traffic will be such that although it may slow some traffic in that area, I don’t look for it to impact the traffic significantly particularly during the times that people are going to and from work.”

Once Tom Hall Parkway is completed, the traffic on the newly constructed road will likely be studied to determine what traffic control devices are needed.

“I think on Tom Hall Parkway there will be some traffic control devices that are going to be added, and I would expect that our engineering department working with GDOT will do a series of traffic studies and decide (what to do) based on those findings what kind of traffic calming devices are warranted,” Dekmar said.

City of LaGrange Public Services Director David Brown confirmed that there will be traffic lights at the Whitesville Road and Hamilton Road intersections of Tom Hall Parkway to assist in the flow of traffic.

No other lights are currently planned, but the Pegasus Parkway realignment should serve to ease the flow of traffic in that section of town which already has heavy traffic.

According to Brown, the alignment of Pegasus Parkway and South Davis Road would not have been possible during the initial construction of the parkway but has been under for some time.

“That has been in the transportation plan for years, and that was even in the plan before Great Wolf was announced,” Brown said.

The resort will be within the city limits and the city will hold primary responsibility for responding to any emergencies, but county first responders will still respond to emergencies when needed as part of a mutual aid agreement between the county and the city.

Because of the county’s secondary response role though, major changes are not planned at this time.

“We may modify our automatic aid agreement if we need to, but it is already covered under the mutual aid agreement that we have with LaGrange,” said Dennis Knight, the Troup County Fire Chief. “We just have to see when it gets a little bit closer.”

Man arrested, charged with murder for role in 2015…