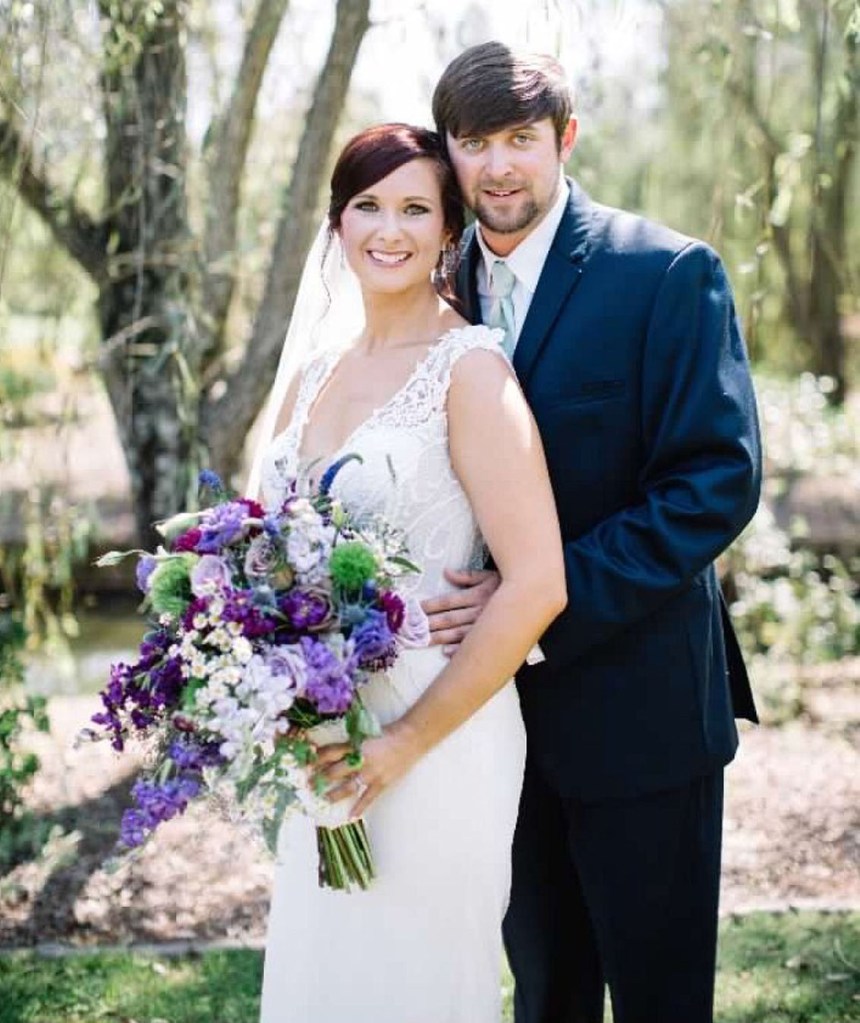 Caitlin is the daughter of Mr. and Mrs. Roger Timothy Fynan of LaGrange. She is the granddaughter of the late Virgil and Dorothy Smith of Pine Mountain, and the late Elmer and Grace Fynan of Riverside, New Jersey. The bride is a 2010 graduate of LaGrange High School. She earned a Bachelor of Science in Nursing from LaGrange College. She is currently a registered nurse at West Georgia Onocology.

Cole is the son of Mr. and Mrs. Walter Todd Sims of LaGrange. He is the grandson of Jerriel and Diane Nobley, Flora Sims and Jerry and Janice Sims of LaGrange. The groom is a 2010 graduate of Troup County Comprehensive High School.

He attended Southern Union State Community College and currently works for the City of LaGrange.

The bride chose her sister, Dr. Erin Ransom of Birmingham, Alabama, as her matron of honor.

The groom chose his father, Mr. Todd Sims, as his best man.

The flower girl was Miss Olivia Mirseyedi, the groom’s cousin, of LaGrange. The ring bearers were the bride’s cousins Kieran and Declan Goldfrit of Medford, New Jersey.

A reception was held at Oakhurst Farms. The couple honeymooned in the Dominican Republic and currently resides in LaGrange.

Troup County marriages for the month of August