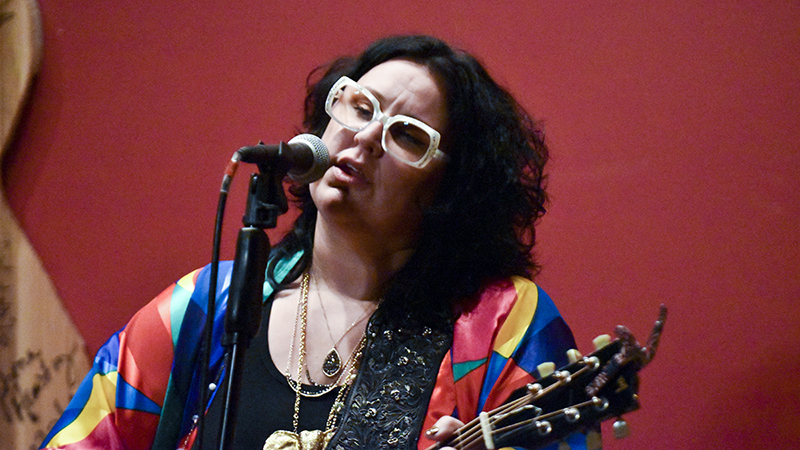 On Saturday night, Pure Life Studios filled with the sound of an artist who impressed the country on The Voice with her rock style and personality two years ago.

Sarah Potenza’s performance on Saturday was her first at Pure Life, but those in the audience couldn’t help but hope it would not be the last. Potenza made her first big mark on the musical world when she competed on Season 8 of The Voice in 2015, and she released her first album, Monster, in August 2016. Now, she is promoting that album and performing at venues large and small.

“For Sarah Potenza, it is her first trip through, and she normally plays at bigger venues,” Pure Life Owner Maggie McDonald said. “Her energy is just going to blow people off the stage. I’m just excited to have her because every once in a while I get someone here who would normally be playing at the amphitheater size, but they come here anyway, which is phenomenal.”

Potenza infused the small venue with her vibrant energy that did, as predicted blow the crowd away.

“She is a class act,” said David Robert King, Polenza’s opening act. “She is the real deal.”

King, a returning performer at Pure Life, got the night started with his blend of soul, melancholy and heart felt lyrics that is often summarized as Americana.

“David Robert King has been featured before at Pure Life, and he is just a phenomenal lyricist, singer, songwriter,” McDonald said.

King’s songs about everything from remembering heroes to the end of the world held the crowd in rapt attention through his performance, and he undoubtedly earned more than a few fans Saturday night.