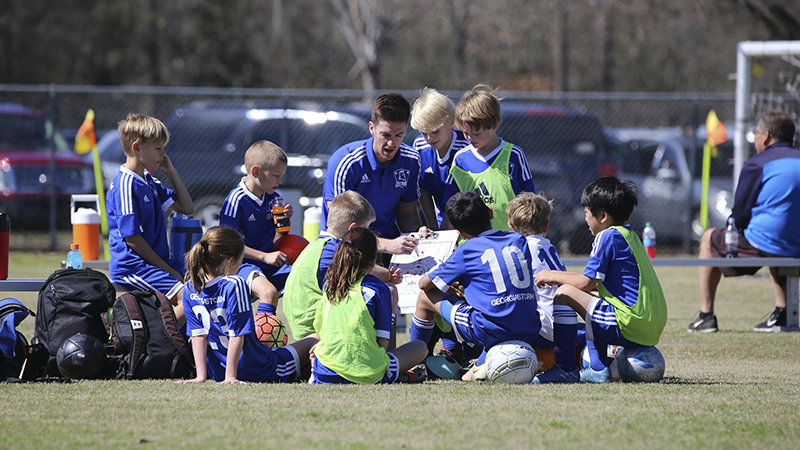 A footgolf tournament will be held at Highland Country Club to support the Troup Titans soccer program. --Contributed

The Troup Titans Soccer Club is hoping the community will kick back with them for their footgolf tournament at Highland Country Club next Saturday, Nov. 18. According to the club manager Anna Knight, the event is the first of its kind for LaGrange.

“We hope to make it an annual event,” Knight said. “We’ve had a lot of excitement about bringing a footgolf tournament to LaGrange.”

The event will fundraise for the eight travel soccer teams, Knight said. In addition to the tournament, Knight said the soccer players are selling raffle tickets in the community and that the prizes are $300 cash and a Nintendo Switch.

“It’s just like golf except you’re using your foot. We have oversized holes that you kick a ball into like you’re putting the ball into the hole, kicking it into the hole,” she said.

The tournaments will also feature a food truck and t-shirts for sale.

Knight said the tournament is meant to bring their players together along with the community.

“We decided to do the footgolf tournament because we wanted to bring the kids together and do something fun to raise money,” she said. “We try to choose a fundraiser that is fun for the kids to participate in and get involved.”

Knight said the tournament will have 24 teams made up of four players and that registration is first come first served.

Registration for the event is $15 for Titans players and $30 for non-players.

Anyone who wants to register can email trouptitansfootgolf@gmail.com.