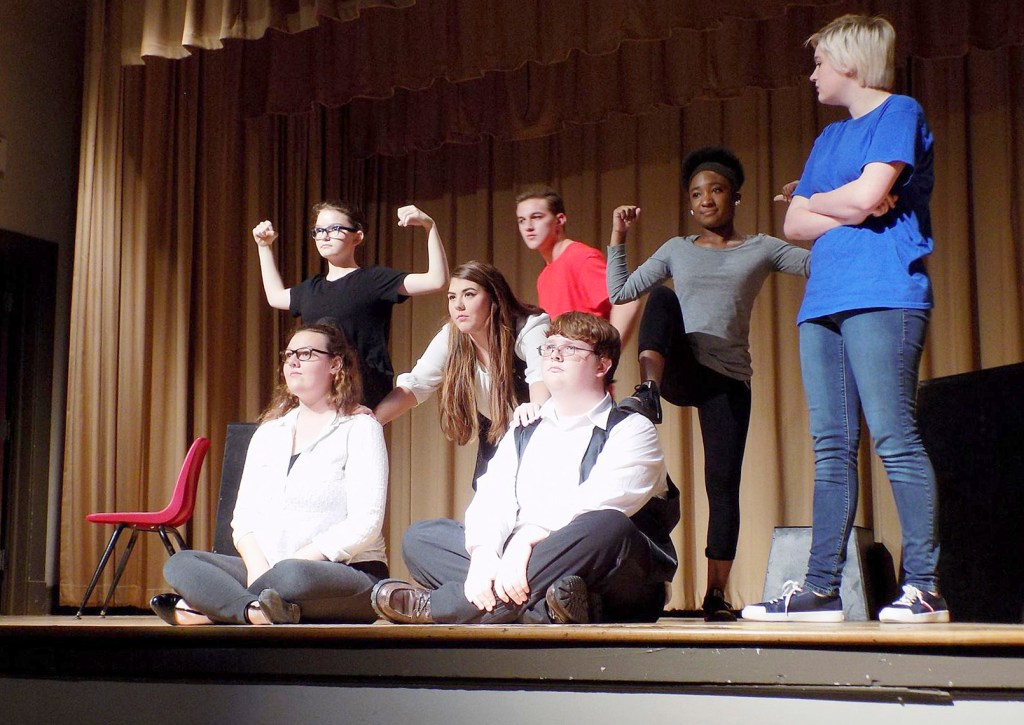 In its first year providing a full-time drama program, Callaway High School has pulled off what may seem like the impossible.

With only a few weeks, no auditorium to practice in, and a small cast of mostly new actors- Callaway Drama became Region Champions at the GHSA One Act Play Festival last year.

The school traveled to Barnesville on Oct. 20 to compete against three other schools in the region.

According to GHSA rules, a show must be set up, the entire play performed, and everything moved offstage within a 55-minute window. Callaway became not only region champions, but also came home with a Best Actress and Best Actor Award. Best Actor went to Ian Bryan, Best Actress went to Alyssa Freeman, and Gabe Wooldridge received recognition as an All-Star Cast Member.

Drama Director, Honour Hendricks is in her first year at Callaway High School, but is not new to being a part of an award-winning program.

Mrs. Hendricks was brought in to help grow the Callaway Drama Program, and she is definitely off to a great start.

There are plans to build an auditorium within the coming years at Callaway High within the next few years, and this will only help to grow the program more.

“It has been challenging this year, however, the program has had such wonderful support from parents, teachers, students and administration at Callaway. The challenges have made the victory even better for everyone involved in this program.

I am so proud of how my students bonded together and made this show such an overwhelming success. Hogansville Elementary was even kind enough to allow us to practice in their auditorium for a few days, as well as perform for the community. I have been so blessed to be in a place where our community and schools help each other so much.

I am just amazed at the wonderful accomplishments of our program in only a few short months,” Hendricks said.

The Callaway Drama Team traveled to Milledgeville, GA to compete in the Class AA State One Act Play Competition on Saturday, Nov. 4.

Maddy: Liming and why it’s important