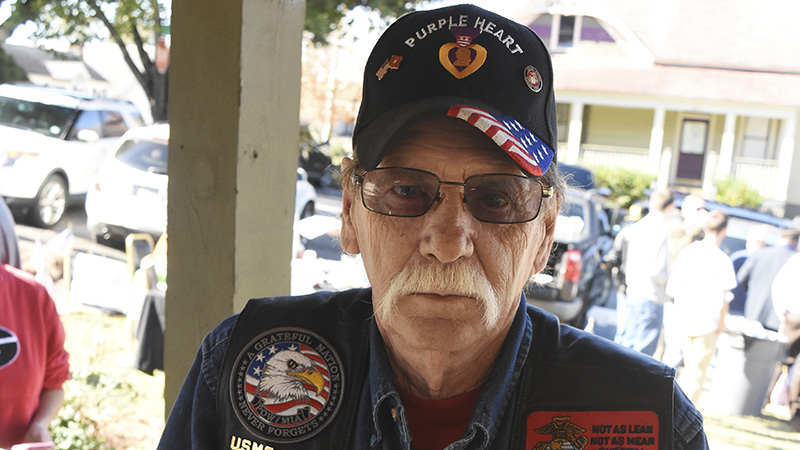 Dyes was given the honor during the annual Veterans Day Celebration at Calvin Hipp Park in downtown Hogansville.

Dyes served in the Marines from 1966-1972 and was injured in the Battle of Hue, one of the deadliest battles of the Vietnam War.

“I was out of high school and I knew I wasn’t going to college,” Dyes said. “I didn’t want to get drafted in the army so I joined the Marine Corps.”

Dyes wasn’t the only veteran honored.

Mary Torres, the wife of a Navy veteran, was also thanked for all she’s done for the American Legion over the years.

Leon Aaron, a veterans’ employment representative for the Georgia Department of Labor, was the guest speaker.

“To all of you veterans, I really admire everything that you have given to our country and still to continue to do. You cannot measure enough of the pride that I have shaking the hand of a veteran,” Aaron said. “There’s a tingling I get in my heart to give that thanks.”