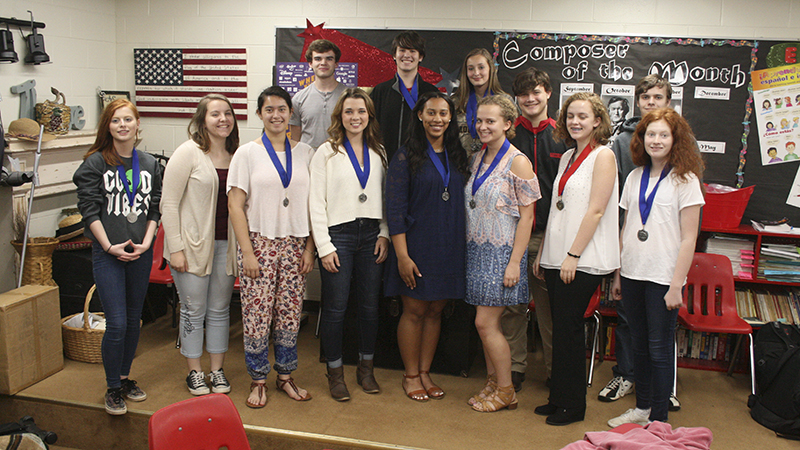 Springwood Theatre Society’s cast and crew received an “Excellent” for their performances in “Faces of Freedom” and for their scene from the movie “The Breakfast Club” at the District Trumbauer Festival in Opelika.

Additionally, Key and Shrewsbury were selected for the honor of “All Star Cast” and Rachel Remmel received a red ribbon for solo musical female dramatic varsity.