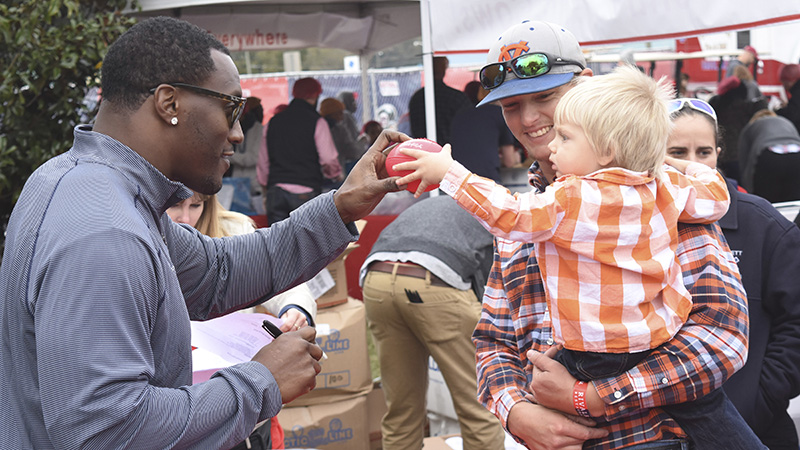 Hours before No. 10 Auburn upset No. 1 Georgia, fans from both teams were enjoying a special day on the Alabama-Georgia state line.

Chick-fil-A set up a rivalry restaurant on the state border and gave out free food. The game was also shown on a gigantic big screen television.

Former SEC standouts David Greene and Takeo Spikes signed autographs for fans, who stood in a long line for a chance to shake their hands and get a signed football.

“I thought I was going to have to work today, but we worked 10 days straight to get off so we could come today,” said Ryan Tidwell.

Tidwell’s sons, Trent and Mason, each got a signed football from Spikes.

“The 10-year-old, he’s super excited about being out here,” Tidwell, an Auburn fan, said. “We’ve got a blanket set up and we live 10 minutes from here.”

People were given an arm band as they entered the area, which was in West Point — or Lanett — depending on where you were standing. A white line was drawn right down the middle, signifying the state line.

Prizes, including tickets to some of college football’s biggest bowl games, were given out. Chick-fil-A said the event was to bring people together, while also celebrating the 125 year anniversary of the Bulldogs and Tigers.