Courtyard by Marriott to open in December 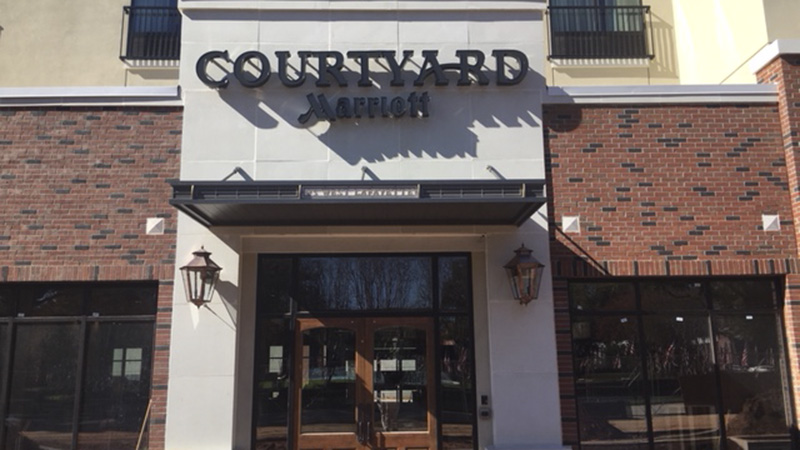 The Courtyard by Marriott hotel in downtown LaGrange is set to open in December.--Contributed

The downtown LaGrange Courtyard by Marriott hotel is set to open in December.

The hotel will receive its certification of occupancy within the next few days. That means the building is still under minor construction.

Marriott associates will be coming in to do their punch list, training and assessment of the facility prior to opening.

“We don’t plan to have an official grand opening until a few months after our opening,” said Josh Chapman with Ra-Lin Construction.

“But the message is to everyone, we’re almost there.”

The hotel lobby will provide a view of the downtown Lafayette Square. It will include a new concept of communal tables and communal pods where you can charge your phones and computers.

“Once the certificate of occupancy is ready to be issued, it will only be a few weeks until the opening,” said Alton West with the City of LaGrange Community Development.

“This has been a long time project come to fruition. I’m happy to have been a part of the milestone.”

The 90-room Courtyard by Marriott hotel will include two meeting rooms, a full service bar and restaurant called The Bistro that will be open for breakfast and dinner, and a Starbucks.

The hotel will also include a putting green, splash pad, and 10-foot long fire pit for guests.

For a look at the menu of The Bistro, go to www.courtyard.marriott.org/bistro.