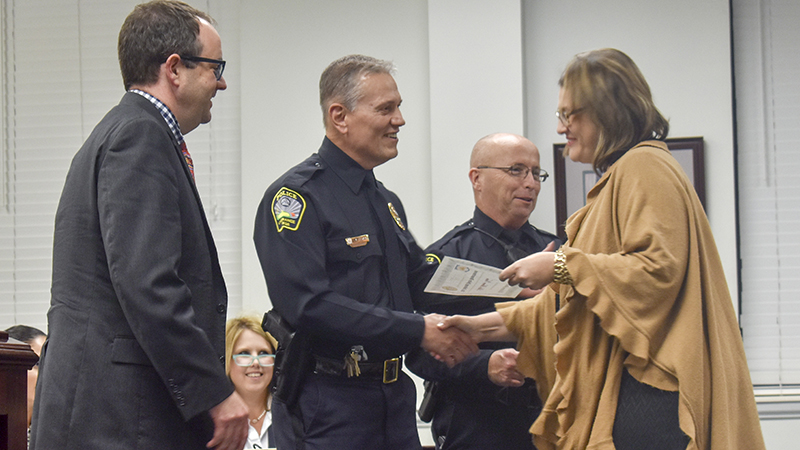 The class is 10 weeks long and includes information on constitutional policing, use of force and gang awareness.

At one class, members were given a chance to act as officers and perform traffic stops.

“For ten weeks they took time out of their personal schedule and their discretionary time to learn about the police department,” said LaGrange Police Chief Lou Dekmar. “I can’t think of a higher definition of citizenship.”

The class also included helping at National Night Out, one of the police department’s largest community outreach nights.

“They get to do some hands-on stuff and have some fun. I think the class would tell you one of the most enjoyable [moments] was they got to serve in the role of a police officer conducting traffic stops, which is really fun for them but is also an eye-opening experience that really highlights those dangers the officers face,” said Lt. Eric Lohr, who oversees the academy.

Each member of the class was given a certificate marking the significance of their achievement.