Landscape plan to be made for Eastside Park 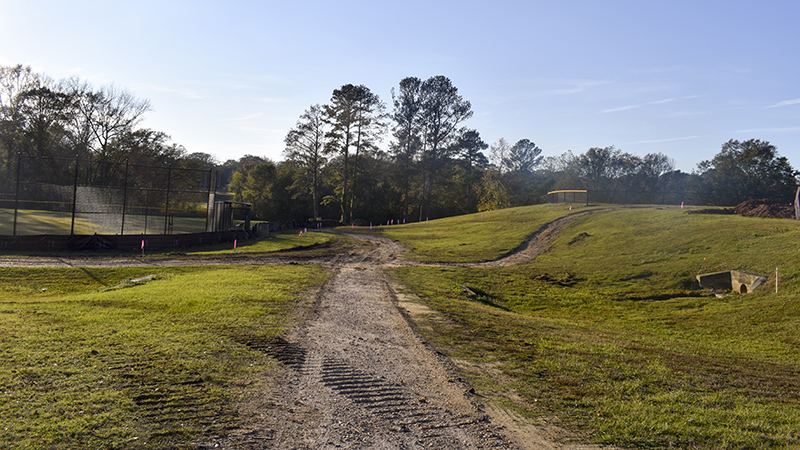 A master plan is being created for Eastside Park. --Alicia B. Hill

Residents of the neighborhoods surrounding the second segment of The Thread may soon have another reason to celebrate thanks to recently announced plans to create a master plan for Eastside Park.

On Tuesday, the LaGrange City Council voted unanimously to hire Barge Waggoner Sumner & Cannon, Inc. to create a landscape plan for Eastside Park for $33,000. The funding for the plan will come from Special Purpose Local Option Sales Tax funds. So far, the city has recently made efforts to revitalize two city parks using different planning methods, and city staff requested that a contractor create this plan.

“We’ve done planning in Calumet, and that was basically a staff-driven approach,” City Manager Meg Kelsey said. “We worked with the county on that park and developed that at a staff level, and then we hired a consultant that came in and helped adopt a plan for Granger Park. We used a lot of elements of the plan when we put The Thread through the park, and it gave us inspiration for a lot of the clean-up that you see today in Granger Park.”

Eastside Park is a neighborhood park on the second segment of The Thread, which passes through the Calumet neighborhood, past Calumet Center and through the Shuford Fields Softball Complex and the George Harris Baseball Complex areas, which are maintained by the Troup County Parks and Recreation Department. The department has already made several improvements to the park including repaving the parking lot and the creation of a greenspace where an unused field was.

The city hopes that the plan will provide a clear direction for the project by taking advantage of the experience of experts on park planning. According to Senior City Planner Leigh Threadgill, this revitalization is part of the efforts by the city to strengthen neighborhood parks.

“We are in the process of developing that (park), and we really need someone’s expertise to help us with how that park should look — kind of like what we did with Granger Park,” Kelsey said. “So, Leigh (Threadgill) and I have been talking to a couple of consultants about park planning, not just Eastside Park, but all of our parks.”

Kelsey indicated that staff would like the city consider hiring the consultant to create a master plan for all the neighborhood parks at a later date, but no such plan was adopted during the meeting.

A master plan for city parks would cost an estimated $130,000. This master plan most likely would not include recreational use parks, which are currently maintained by the county and already see a lot of use. Instead, the plan would focus on neighborhood and pocket parks, many of which have received little attention in recent years.

“Are these parks the parks that we need to keep? Do we need more regional, bigger parks somewhere in the city?” Kelsey asked.

“Granger Park is really the only regional (park) and the biggest park that we have. Do we need a bigger park for the residents of LaGrange? And also, to work on that quality of life that we have been so been (trying) so hard to nail down.”

Another reason why the city’s staff requested that a contractor become involved with the project was for their insight into what will encourage young people to actually use parks.

“I don’t feel our staff has the expertise to come in and identify these areas and know all the latest and greatest that are out in the Parks and Recreation world now,” Kelsey said. “There is a lot of stuff that is coming out. How do you entertain a teenager? We’ve heard from a group, but what needs to be on the ground to interest a teenager to come out to a park.”

Cash reward being offered for info in missing person…