LaGrange shows off its talent 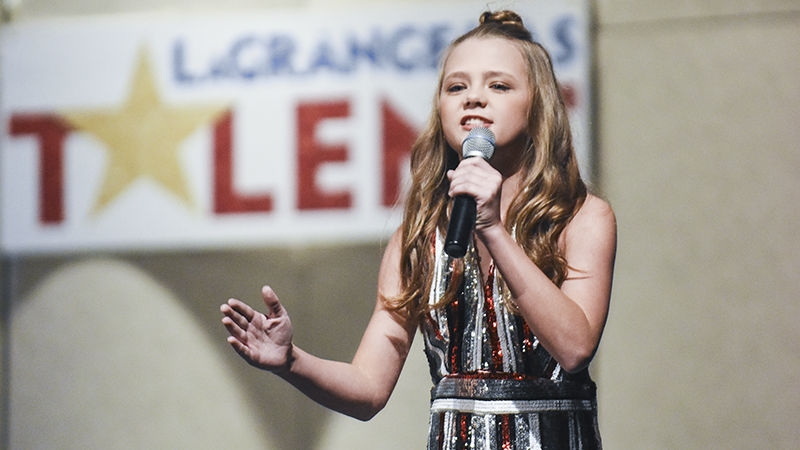 The 12-year-old sang “Jolene,” written by her all-time favorite artist, Dolly Parton, and she showed no nerves despite singing in front of a large crowd. The four guest judges picked Key as the winner out of the final field of 10, and she took home the grand prize of $2,000.

“It makes me feel happy that I made people happy,” said Key, a student at Springwood School.

Many people her age would’ve likely had an immediate plan to spend the money. Key plans to invest it in hopes of one day starting a children’s theater.

The People’s Choice Winner was the duo of Andi Partin and Aubrey Billups, who sang “How Far I’ll Go” from Disney’s “Moana.” Partin and Billups finished their performance by holding hands and taking a bow.

At the end of the night, they took home their share of $500 for receiving the most online votes through Nov. 15.

LaGrange Has Talent was a first-year contest, replacing Merry Market as a fundraiser organized by the Magnolia Society United Way Women’s Leadership Council.

Proceeds from the event benefited Babies Learning on Course for Kindergarten Success. Stephanie Preston, who oversaw the event, said the online voting portion of LaGrange Has Talent raised $7,500. Sponsorships and proceeds from Thursday night’s event still had to be counted.

The field had been narrowed to the top 10 through online voting.