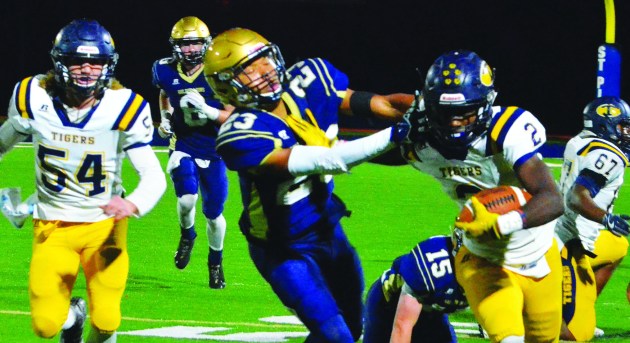 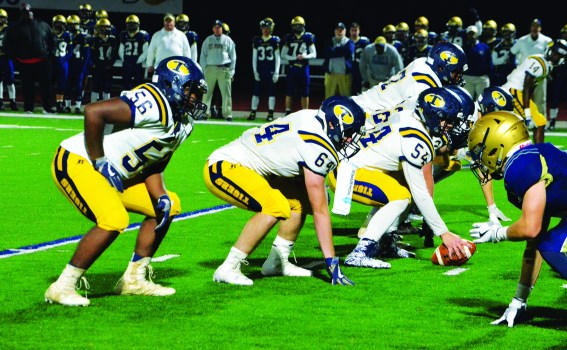 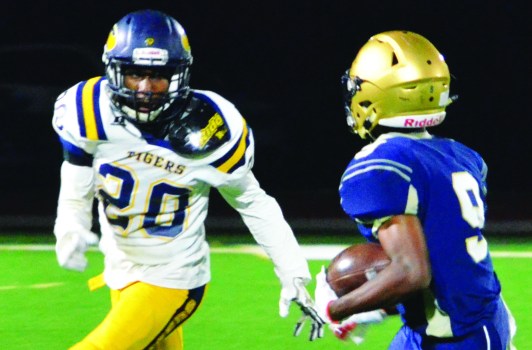 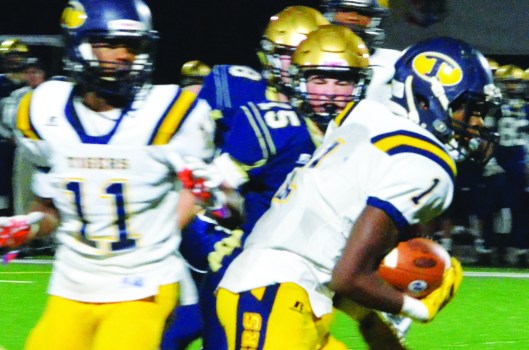 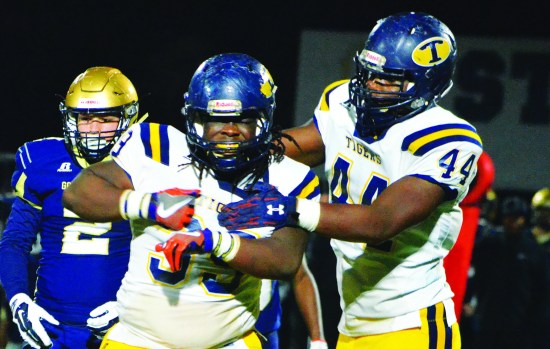 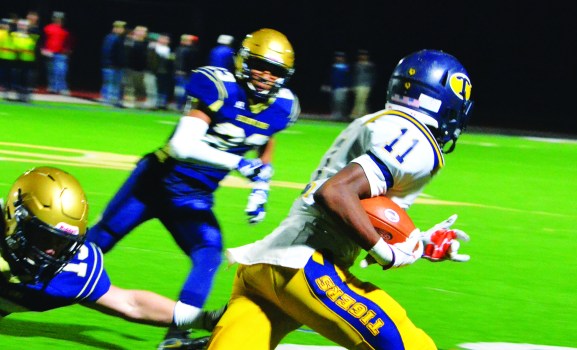 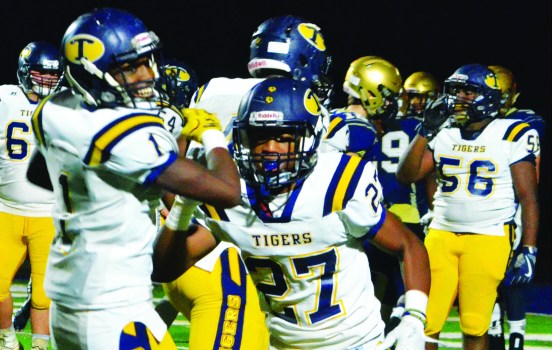 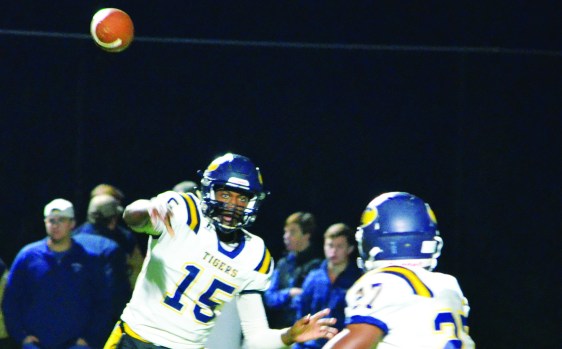 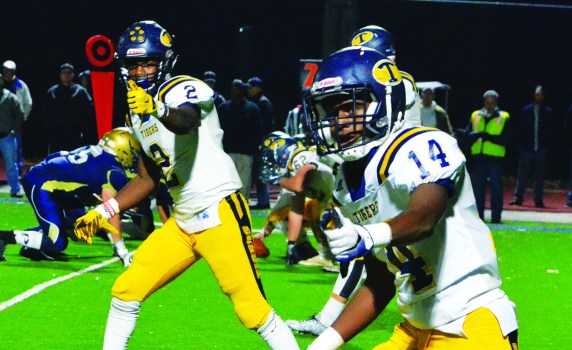 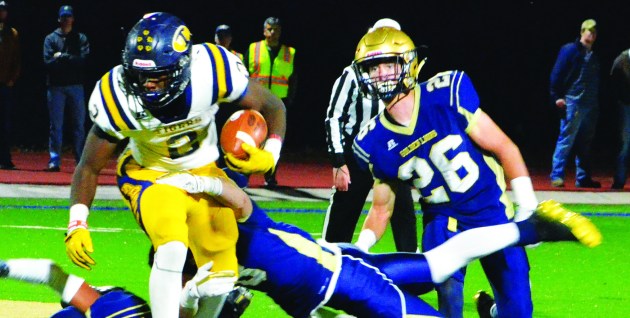 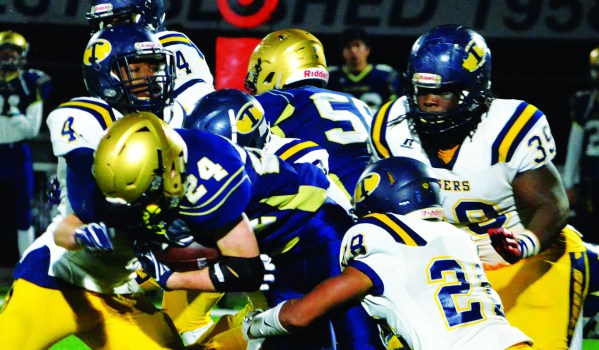 ATLANTA – A special season came to a heart-breaking conclusion for the Troup Tigers.

In a thrilling back-and-forth game, it was St. Pius X outlasting Troup for a 43-35 victory in the second round of the Class AAAA state playoffs.

While Troup ended its season with a 9-3 record, St. Pius advances to the quarterfinals to play Woodward Academy.

“My hats off to St. Pius,” said Troup head coach Tanner Glisson. “We had a hard time getting them stopped, and they did just enough on defense to hold us at bay a little bit.”

The game featured two contrasting styles of offense, and they were both effective.

St. Pius got it done primarily with the run with its option offense, while Troup’s passing game was as hard to stop as always.

Troup took a one-point lead with four minutes to play in the third quarter on a 27-yard touchdown pass from Montez Crowe to Jamari Thrash and a Carson Wreyford extra point.

The Golden Lions reclaimed the lead on a 3-yard scoring run by quarterback Connor Egan with less than nine minutes to play, and a field goal pushed the lead to eight with 43 seconds remaining.

On the game’s final play, Troup had the ball on its own 42-yard line, and Crowe heaved the ball toward the end zone.

A St. Pius player came up with the interception at the goal line to end the suspense.

It was a tough way for the season to come to a close, but Glisson hopes when the players reflect on what they accomplished the past few months they’ll feel nothing but pride.

“I hope they look back on it and see how far we’ve come,” Glisson said. “They gave us everything they could give. We appreciate all they’ve done for the program. And hats off to St. Pius. They’re going to their seventh quarterfinal in 11 years. They’re just a really good program, and they do that offense very, very well.”

St. Pius had things working early, and it scored touchdowns on its first two possessions to build a 14-0 lead.

On its second possession, Troup went to work.

After a 24-yard gain by Kobe Hudson on a running play, Thrash made a terrific diving catch on a ball thrown by Crowe for a 42-yard completion.

On the next play, Crowe threw a 1-yard touchdown pass to Thrash, and Troup trailed 14-7 with 6:37 to play in the first quarter.

Later in the half, it was the Troup defense that put some points on the board.

After an interception, St. Pius had the ball on its own 36-yard line.

A few plays later, junior defensive lineman Joko Willis forced a fumble, and he picked the ball up and raced about 30 yards for the touchdown.

After Troup’s defense made a fourth-down stop, the offense went back to work at the St. Pius 47-yard line.

On fourth down, Tyree Carlisle took a handoff, and it appeared as though he was going to be stopped in the backfield.

Carlisle shrugged off the would-be tacklers, though, and he found some open space and raced 38 yards for the touchdown.

The Tigers came right back with a touchdown of their own, with Trey Williams scoring on a 36-yard run to cap an 80-yard drive.

It took St. Pius about two minutes to find the end zone once again, but the extra point was missed, and Troup maintained a 28-27 lead, which was the score at the half.

With 7:25 to play in the third quarter, St. Pius reclaimed the lead with a touchdown.

Troup’s ensuing possession ended with an interception on a fake-punt attempt, but St. Pius gave the ball right back with a fumble.

Egan’s scoring run put the Golden Eagles back on top early in the fourth quarter, and they got the ball back thanks to a Jason Jones interception near the goal line.

Thanks in part to a pair of 15-yard penalties on Troup, St. Pius was able to eat up nearly six minutes, and a field goal made it an eight-point game with 43 seconds left.

Needing a touchdown and a two-point conversion to tie it, Troup was unable to pull off the miracle, and St. Pius had the dramatic win.