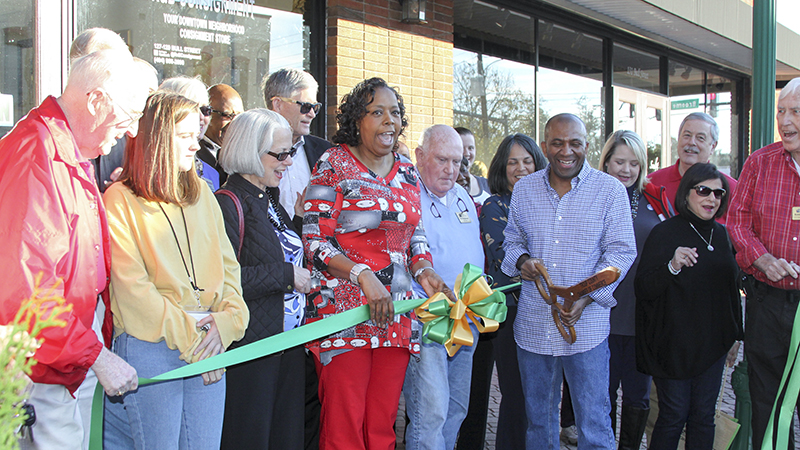 Last week, R & B Consignment held an official ribbon cutting, but the downtown store and its owner have already been integrating themselves into the local community for months.

When veteran Ron Willis moved to LaGrange, he was looking for a change of pace. He and his wife, Beverly Willis, started their life in LaGrange by opening up Renew Church on North Lewis Street. They had previously started churches in Washington, South Carolina and Louisiana, and the couple was excited to open a new church in LaGrange. Ron Willis soon realized that he wanted more day-to-day interaction with the community, so he decided to open a consignment shop.

At the ribbon cutting ceremony, members of the LaGrange-Troup County Chamber of Commerce and other local groups expressed their excitement over the shop’s Bull Street location and their hopes for its future.

The couple also received an official welcome to the city at the event.

“We all just want to congratulate you on opening this new business in LaGrange,” Chamber Representative Richard Ennis said. “Y’all are new to LaGrange, and we just congratulate you and wish you the very best at this location.”

Several storefronts have recently opened in that section of downtown, including Frios and the Wild Leap Brew Co., and the area seems to be returning to the bustling town center that it once was one step at a time.

“We are excited for the life that you’ve added to this side of the block on Bull Street,” said Barbie Watts, director of promotions and marketing for the Downtown LaGrange Development Authority at the ribbon cutting.

R&B Consignment is located at 127 Bull Street and is open Tuesday through Saturday from 10 a.m. to 5 p.m.

A sound of thanksgiving