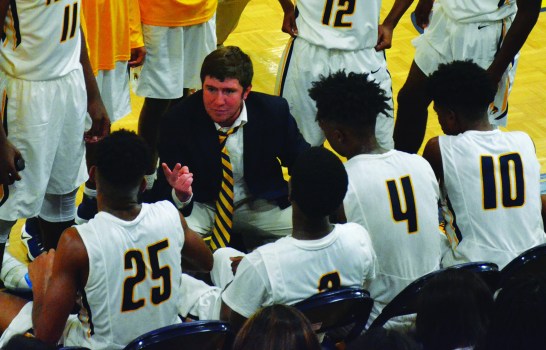 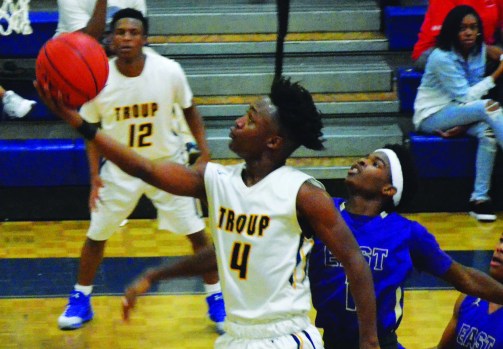 Help is on the way.

The Troup Tigers opened a new basketball season over the weekend, and they were short-handed with so many soon-to-be team members having just wrapped up their football season.

Troup opened the season with a 49-40 loss to Spalding County on Friday, and it lost to visiting East Coweta 71-48 on Saturday.

When Troup plays its next game on Nov. 28 at Newnan, the full complement of players will be available since the football team’s season ended with a 43-35 loss to St. Pius X on Friday.

Without the football players, it was an inexperienced group that hit the floor.

Blake Craft, Troup’s new head coach, was pleased with how some of the young players performed while making their debuts as varsity players.

Among that group were a pair of guards, Qua Johnson and Gabriel Cofield, and Craft felt they performed well against an East Coweta team that applied pressure consistently throughout the game.

“The two young guys who came in, who’ve been coming to practice and working hard, they’ve bought into the process,” Craft said. “We say every day, trust the process. And these two young guards that came in, Qua and Gabriel Cofield, they played some crucial minutes. In the third, they helped us cut it to eight.”

Craft felt the young guards, including Johnson and Cofield, showed how dedicated they’ve been in practice.

“My younger guys ran our press offense better than our older guys,” Craft said. “When the two 10th-graders came in, I don’t think we got in as much trouble (with the press). They were listening. When you run your stuff, you’re going to get good looks.”

The most experienced player on the roster, senior guard Jarrious Jefferson, led the Tigers with 16 points, and he was 6-of-8 from the free-throw line.

Another one of the veterans, Tristan Ware, added nine points and was doing some nice work inside before he fouled out in the fourth quarter.

The Tigers answered with a 6-0 run that was capped by a put-back by Brandon Smith after pulling down an offensive rebound.

Later in the quarter, the Tigers got within eight on a Johnson 3-pointer, and they were down 51-40 heading to the final period.

The Indians pulled away in the fourth quarter to win by 23 points.