Lawrence returning to LaGrange for meet the author event 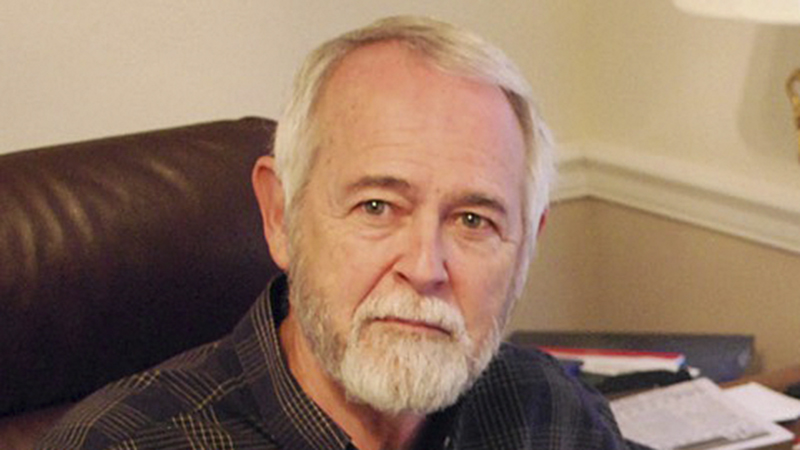 Harold A. Lawrence will hold a meet the author event in LaGrange Dec. 3. --Contributed

In a lifetime of writing, former LaGrange resident Harold A. Lawrence has produced five novels, five volumes of poetry, several children’s stories and a slew of historical and genealogical works.

Now retired and living in Milledgeville, Lawrence has focused his latest writing in a new direction.  The former Methodist minister, who served as senior pastor of LaGrange First United Methodist Church from 2005 to 2015, is out with “Night Flyers and Other Stories,” a collection of short stories laced with a hint of foreboding.

“I am trying to bring the Southern Gothic genre from the 19th Century into the modern day by giving a facelift to flawed and disturbing characters, the vanishing way of life here and sinister events which often describe some of the riveting things we remember as children,” Lawrence said.

Lawrence will be in LaGrange on Dec. 3 from 1 to 3 p.m. for a “Meet the Author” event at Sunny Gables, 910 Broad St. Copies of “Night Flyers,” as well as other Lawrence works, will be available for purchase. The book is dedicated to Virgil Lawrence, the author’s oldest son, “in appreciation for his story ideas.”

Dr. Bob Wilson, professor emeritus at Georgia College,  says Lawrence’s tales reflect their author’s life experiences in the Piedmont of the Carolinas and Georgia, a region he loves.

“Mr. Lawrence has soaked up this milieu with its brooding mystery, sudden humor, kindness and an often casual barbarity,” Wilson said.

With Night Flyers, the professor wrote in an introduction to the book, Lawrence is redefining the gothic genre.

“The Night Flyer tales are not traditional Southern gothic, with their decaying plantations homes and baleful mists from nearby swamps… A pervasive sense of menace and the grotesque are certainly present, but they are found, as is often true in life, in the more prosaic world of mill towns, railroads, old country stores, garden clubs and turpentine camps.”

Others who have attempted to revive the genre, Lawrence believes, have “produced an absurdist blend of sex, religion and depravity that does not do justice to the stories some of us learned as kids on the front porch, listening to older people.

“What I try to do,” Lawrence said, “is combine the realistic with the supernatural to reflect the fascinations we all have with those iconic people who stick out in our past so much that we cannot forget them or what they did.”

The story topics are as varied as they are unsettling: a twin whose sibling beckons from the grave, three elderly sisters who guard a deadly secret and two teens running away to ride the rails during the Great Depression.

“There are snakes and cemeteries and other scary things in Lawrence’s stories,” said Andrea Lovejoy, former editor of LaGrange Daily News, “but the suspense is evoked deftly. Unease is created with a subtle phrase that conveys the strangeness hidden within the ordinary. Insight is quietly delivered in one story, then lands like a blow from an ax in another.

“In the last line of a particularly arresting story, ‘The Blue Room,’ a character says, ‘My mother always said understanding is the key to everything.’ Harold Lawrence understands.  And yes, that’s everything.”