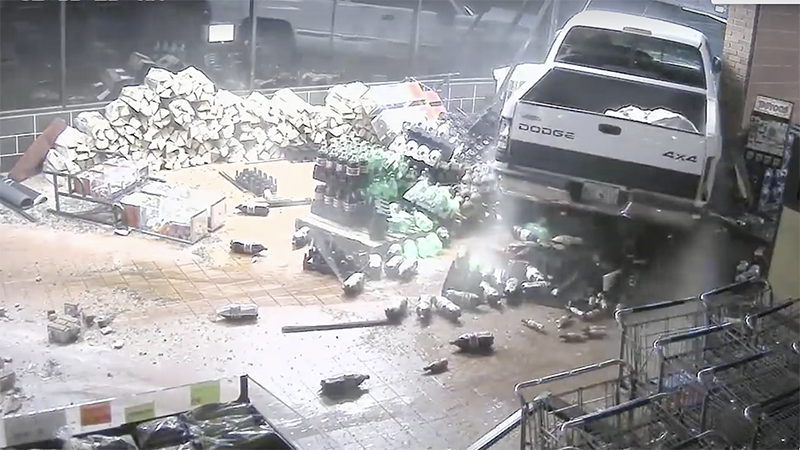 The vehicle used in the theft is a 1999 Dodge Ram that’s white in color. A surveillance tape of the incident shows the truck backing into the glass foyer at the front of the store, then pulling out, turning around and entering the building through the same foyer area nose first. The incident took place a few minutes after 3 a.m. Taken in the break-in was an ATM machine.

The truck’s tag number could be seen on the tape and is from a vehicle reported stolen in the Duluth area on Monday. The vehicle was registered to an owner from Covington.

Valley Police Department officers are working with Duluth and Covington law enforcement offices to find out more information on the truck’s owner in the hope it could lead to the identities of the men involved in the break-in.

The truck sustained some significant damage in the incident, making it easier to spot.

“The truck has damage on the front, front right and to the back,” Weldon said.  “If it’s located quickly that  obviously would help.”