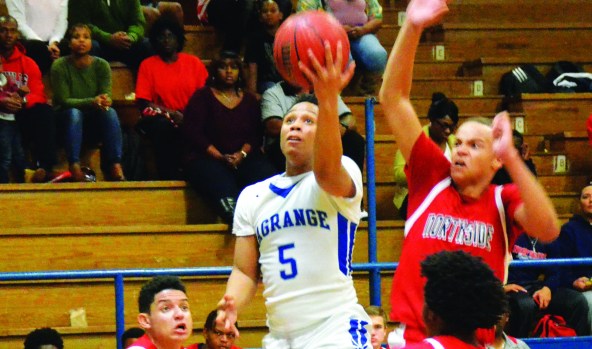 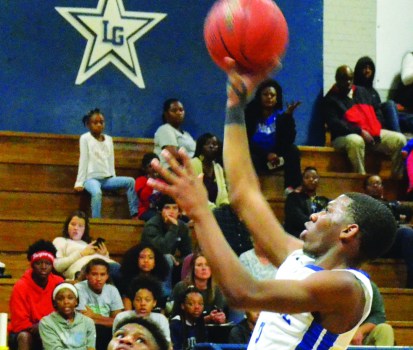 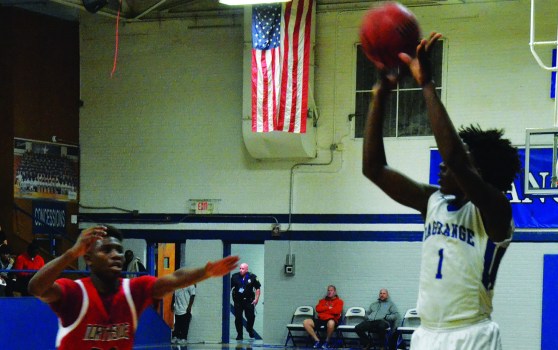 The LaGrange Grangers are putting themselves in position to win, they just have to find a way to close the deal.

In its season opener last week, LaGrange rallied from a 25-point deficit in the second half before losing to Newnan 61-60.

On Tuesday, LaGrange played its home debut against Northside, and it was another tight one.

LaGrange had the lead with less than three minutes to play, but it was Northside finishing the game strong to secure the 66-61 victory.

“This loss is frustrating,” LaGrange head coach Mark Veal said. “We just had a few youthful mistakes, and they had a play or two down the stretch, and they were able to hit their free throws.”

LaGrange has a new-look roster, with most of the players who helped the team win a region title and advance to the state quarterfinals last season having graduated.

“We did a number of good things,” Veal said. “But we’ve got a new team, and we’re trying to figure out ways to close games. And we’re going to work hard to get there as coaches, and players. We’ll try to do some things as coaches as players to help them, and they’ll reciprocate.”

Trailing by one, Northside took the lead on a 3-pointer by J’haquez Anderson with two minutes remaining.

The Grangers got as close as one on a pair of free throws by Jay Benton with 52 seconds to play, but the Patriots scored the final four points.

Anderson had a big game for Northside with 27 points, with 15 of them coming in the fourth quarter, and Jalen Tucker added 11 points.

After Williams hit a 3-pointer to push the lead to eight, Russell threw down a break-away dunk to complete the run.

Williams hit another 3-pointer later in the quarter to give LaGrange an 11-point lead, and it was a 33-22 game at the half.

Northside stormed back in the third period.

Northside took a one-point lead, but LaGrange went on a 6-0 run to surge back ahead, and it took a 49-46 lead into the final period.

The fourth quarter was tight, with neither team leading by more than three points until the Patriots made a pair of free throws in the closing moments.

LaGrange (0-2) will look for its first win when it visits Northside on Friday.

“We’re still trying to find out some things, and each game we’ll keep building and getting better, and hopefully we’ll be ready by the time region play begins,” Veal said.