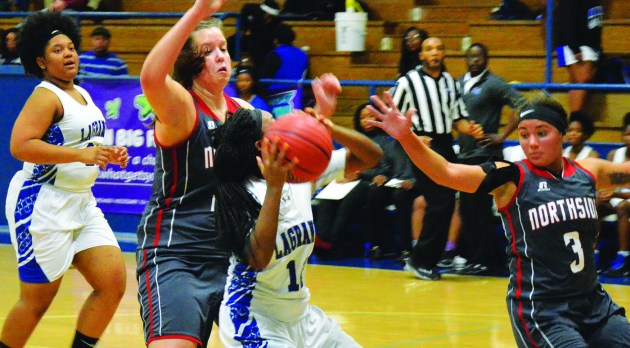 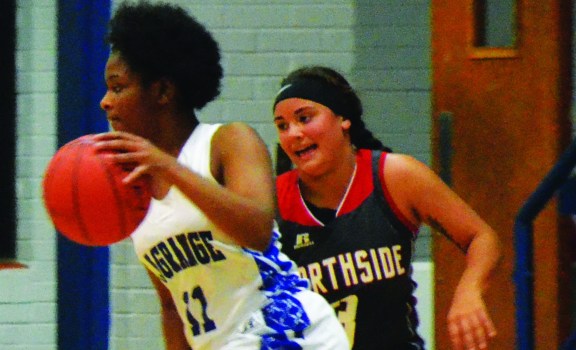 The LaGrange Lady Grangers were at full strength, and it showed.

Facing visiting Northside-Columbus on Tuesday, LaGrange exploded for 25 points in the first quarter, and it rolled to a 57-31 victory to improve to 1-2.

After sitting out the first two games, senior guard Chnareia Strozier made her season debut, and she scored 15 points.

“I told them from the get-go, this would be our first game with the full team,” LaGrange head coach Stephen Tuck said. “So this is the team everybody expects to see.”

LaGrange put it away early, outscoring Northside 25-5 in the opening quarter.

Dozier and Strozier scored all but four of LaGrange’s first-quarter points.

“I told them to be aggressive,” Tuck said. “We switched up and went to a little different press to stay out of foul trouble.”

It worked, with Northside struggling to hang onto the ball.

“We get those steals, and that kind of generates our offense,” Tuck said.

LaGrange outscored Northside 14-6 in the second quarter to build a 29-11 lead at the half, and it was ahead 45-22 through three periods.

While Dozier and Strozier will be LaGrange’s leading scorers on most nights, there are some other players capable of putting the ball in the basket as well.

One of those players is Sutton, who scored six of her eight points in the second quarter.

“Shaq’s coming along,” Tuck said. “She’s improved tremendously on that short-range jumper, and that helps her a lot. Her now being able to shoot that little jumper opens it up for everybody else.”

While sophomore guard Chaquave’ayr Robinson only scored three points, Tuck said she played well and will be a key member of the team.

“Qua, I think she’s coming along,” Tuck said. “I tell her all the time. She’s no longer a freshman. She’s a sophomore.

“I see the skill in her, and she keeps showing glimpses of it. It was good getting her the opportunity to play on the court without Fruit and Mo (Dozier and Strozier). You have to be aggressive.”

LaGrange and Northside will have a rematch on Friday in Columbus.