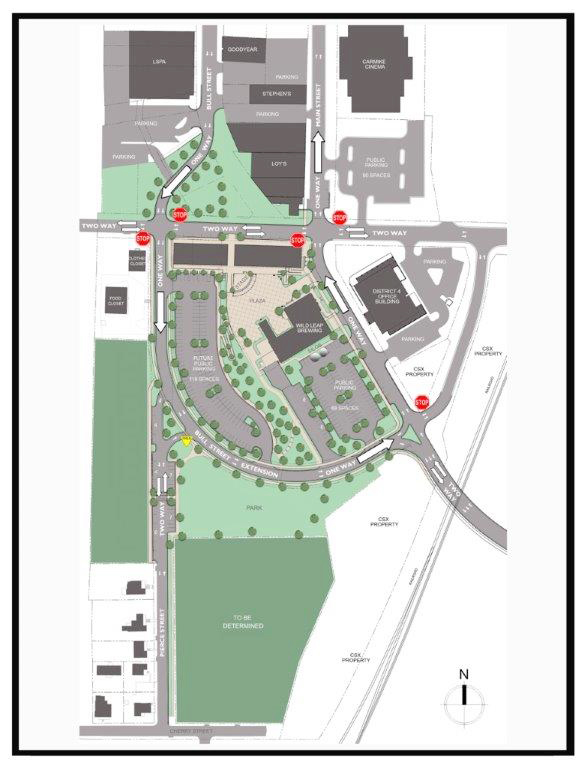 The City of LaGrange wants to advise residents of traffic pattern changes on Bull Street and Main Street in downtown LaGrange.

Bull Street will have a new one-way pattern that will intersect with Byron Hurst Street.

Traffic along Byron Hurst and East Depot will be required to stop but Bull Street traffic will now flow thru without stopping and will flow around the back of Wild Leap Brewery and the city’s proposed skate park.

Bull Street will intersect Main Street at an island where traffic north on Main will now be one way. Traffic south of this intersection on Main will remain two way traffic.

Installation of the permanent thermoplastic traffic patterns will began on Wednesday, November 29th.

The island at the Main St/Bull St. intersection is estimated to be installed by Thursday afternoon.