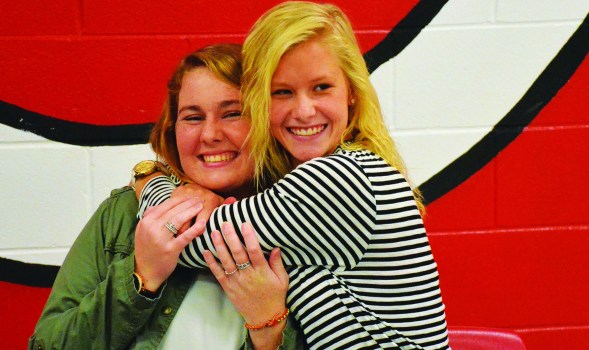 It was a special season for the Callaway Lady Cavaliers, and their good work didn’t go unnoticed.

Seven members of the Callaway softball team were selected as all-Region 5-AA players.

That group included Skylar Rice, who was the region’s co-player of the year.

Kelly Carlisle, Oeisha Jenkins and Leijorey Sanders were each first-team all-region players, and Lydia Bartlett, Kourtney Grier and Jasmine Dukes each made the second team.

Those players helped Callaway reach the second round of the state playoffs for the first time in school history.

“We’ve been able to do some things that have never been done before,” Callaway head coach Ashley Summerlin said. “Whenever you do that, it’s a testament to the girls and how hard they’ve worked.”

Rice was a first baseman and pitcher for Callaway this season, and she hit .400 with two home runs, 12 doubles and 27 RBIs.

Rice also filled in effectively for Jenkins on the pitcher’s mound.

Carlisle missed the first half of the season after suffering a broken finger in a preseason game, and when she returned she made up for lost time.

“Kelly led the team in runs scored and almost had as many hits as anyone else, only playing half the year,” Summerlin said.

Jenkins, a junior, was a lock-down pitcher, and she was also one of Callaway’s top hitters.

Callaway’s other first-team player was Sanders, a sophomore outfielder who is a two-year starter.

Bartlett was an excellent catcher for the Lady Cavaliers, and Grier and Dukes were standout infielders.

“I’m proud of them,” Summerlin said. “From where we started, to where we’ve come and gotten to, it’s completely different.”