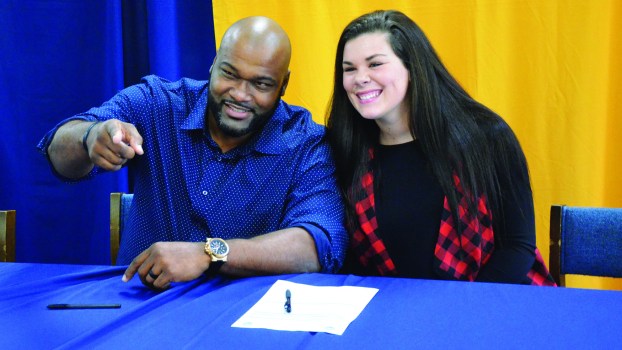 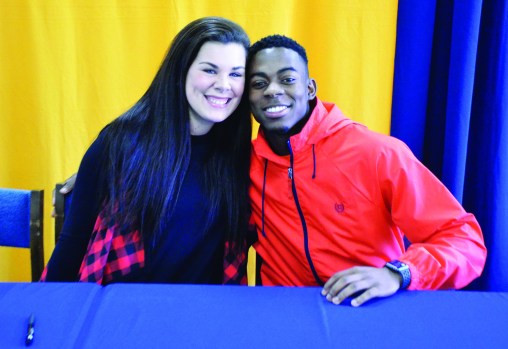 She always answered the bell.

The catcher position is the arguably the most challenging one on the field, both from a mental and physical standpoint.

That’s why, whether it’s baseball or softball, a team usually has multiple players manning that position throughout a season.

For the Troup softball team, though, the catcher position belonged to one person.

During every inning of every game last season, it was Maddie Weathers crouching behind the plate with the catcher’s mitt on her hand.

“You knew where she was on the field, and you knew where she was in the lineup,” said Troup head softball coach Mason Brackett. “She caught 169 2/3 innings. In the Callaway Classic, we played five games in two days. I had scheduled to give her a break, but she came to me and said I want to catch.”

Weathers hit .415 with one home run and 27 RBIs, and she only struck out three times.

Defensively, Weathers was nearly perfect, with only error committed in 28 games.

With her ability to swing the bat, and excel at a challenging defensive position, it was no surprise that there were numerous colleges interested in Weathers.

Weathers weighed her options, and she decided Georgia Military College in Milledgeville was the best fit.

On Friday, with friends, teammates, family members and coaches there to support her, Weathers signed her letter of intent.

“Just the town, and the school itself, it just felt like home, like I’d fit in there,” Weathers said. ““I didn’t care if it was JUCO, or Division II, Or Division I. I just want to fit in, and it felt like home.”

She was a four-year starter, and she also excelled in the class room, maintaining a grade-point average of 3.5 or better throughout her time at Troup.

“She’s a tremendous asset to the team,” Brackett said. “She plays a position that’s one of the most important positions on the team. She’s truly going to be missed next season. She’s a great kid on the field, and off the field. Her teachers always spoke highly of her. Her teachers never had any issues. So I’m happy to see her sign to play at the next level.”

Weathers plays for the Firecrackers, a travel-softball team, and her coach is John McDonald.

McDonald has high standards for anyone playing catcher, and he feels Weathers has everything it takes to succeed at that position.

“I’m really critical of catchers,” he said. “My oldest daughter is a catcher in college, so I raised a catcher, and I know what it takes. I’ve said I’m only going to take a top-notch catcher, somebody that I know can handle the position.”

McDonald knew from the first time he saw Weathers that she had the right stuff to be a top-flight catcher.

“When I first saw Maddie catch, she was a really good blocker, and she had an ability to frame the ball, which is the most important thing a catcher can bring,” McDonald said. “She can get strikes when the pitcher is not throwing strikes. She is really good at making those adjustments.”

McDonald recalls an incident during a game where he got an example of how willing Weathers was to be coached.

“We had one situation in Colorado, and the umpire wouldn’t give us the outside strike,” McDonald said. “And I told  her, Maddie, here’s what I want you to do. He’s setting up on your left shoulder. I want you to open up your right shoulder, and it’s going to get you closer to the ball. She goes out and does it, and she gets that first strike, and she looks over at me and she’s got this smile from ear to ear.”

McDonald added that “she’s been a great teammate. She came in and didn’t know anybody and instantly made friends. Everybody loves her to death. She’s a great kid to be around.”

During her senior season, Weathers helped Troup qualify for the state playoffs by finishing third in the Region 5-AAAA tournament.

After beating Cartersville in the opening round of the region tournament, Troup got past Cedartown to earn that third spot.

That was one of the many special memories Weathers will take away from her time at Troup.

“It’s meant a lot to be here, and it’s kind of bittersweet, but you’ve got to move on sometime,” Weathers said.

Weathers’ two top cheerleaders over the years were her parents, Stormy and Alex.

They were there for all of her games, and Stormy Weathers also coached her at times.

During Friday’s ceremony, Weathers’ parents were by her side once again.

“They’ve done more for me than I could ever imagine,” Weathers said. “They drive me to practice all the time, and my dad’s been my coach. So they mean a lot.”