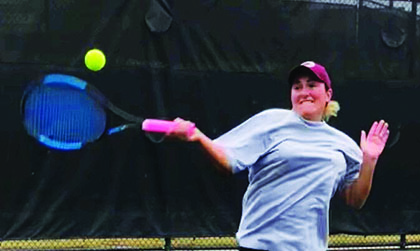 The pros are coming to town.

The 22nd Georgia Open will be held today, with dozens of professional players set to compete in the tournament at McCluskey Tennis Center.

The tournament is hosted by Tim Child, and he said “this year’s event looks to be as exciting and competitive as any previous year.”

Among the noteworthy participants is men’s number one seed Fermin Calvo, who is the top player on the Kennesaw State team.

The number three seed is Vincent Dubosclard, who played, who played his collegiate tennis at the University of Auburn-Montgomer.

Dubosclard is a member of the ATP Tour.

On the women’s side the number one seed is Erica Krisan, a former member of the WTA who owns two doubles titles on that tour.

Seeded second is Taylor Melville, who is ranked 46th in the world in the 18-and-under division.

Another women’s participant is Rachael Williams, one of the top-ranked NCAA Division II players in the country.

“The weather is supposed to be superb,” Child said. “I’m expecting a good community turnout to watch these high-level players compete for prize money.”