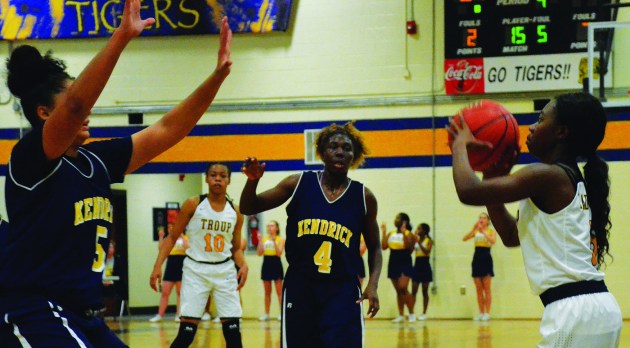 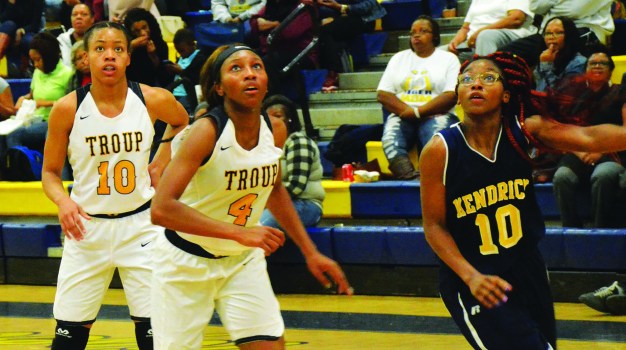 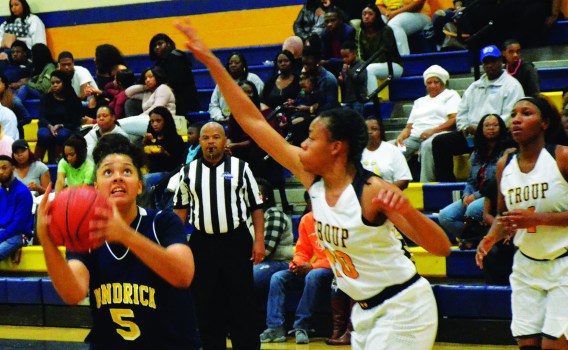 The Troup Lady Tigers evened their record and remained unbeaten at home with a hard-earned 40-36 victory over Kendrick on Friday.

It was tied with less than six minutes remaining when Valerie Smith hit a jumper to give the Lady Tigers (2-2) a lead they wouldn’t relinquish.

Kendrick, which trailed by as many as seven points with less than two minutes to play, got as close as four, but Troup was able to hang onto the lead and improve to 2-0 at home.

Troup head coach Carla Thornton was pleased with the way the team’s veterans trusted their younger teammates to get the job done.

“I was proud of all our girls,” Thornton said. “(The veterans have) faith in the young girls. At the end, we had freshmen and sophomores in and two seniors. And the seniors didn’t try to take over and do everything themselves. They believed in the young girls. That was huge.”

It remained tight in the second half, and Troup was ahead 29-27 as the fourth quarter began.

Troup led by at least four points the rest of the way.

Troup and Kendrick will play again on Tuesday, and the rematch will be in Columbus.