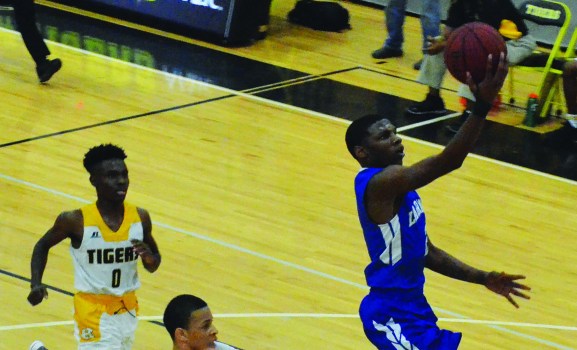 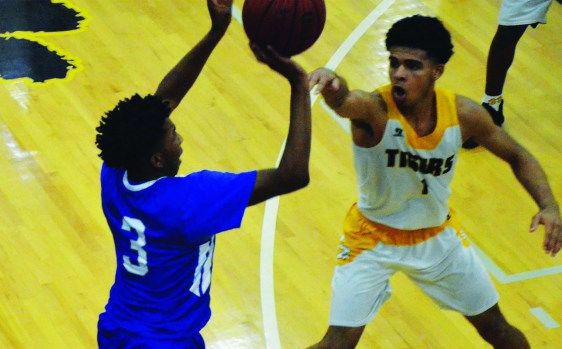 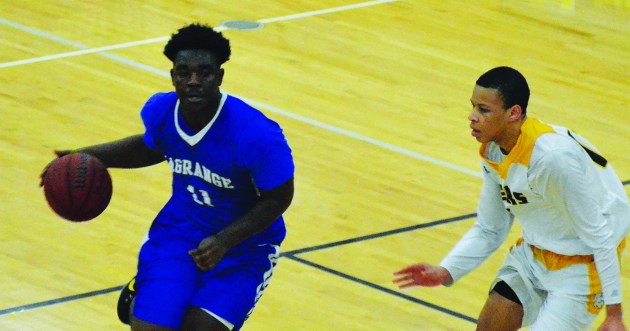 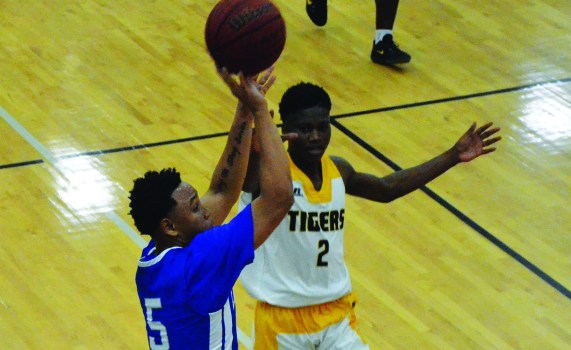 HAMILTON – Daz Williams hit a game-tying 3-pointer late in regulation, and LaGrange went on to beat Harris County 75-68 in overtime on Tuesday.

Williams missed one from long range that would have tied the game, and Bo Russell grabbed the rebound.

Russell passed the ball to Williams, and this time the senior’s shot was true, and the game was tied at 68-68 with 14 seconds remaining.

Harris County was unable to convert on its end, and it was on to overtime.

LaGrange dominated the four-minute extra period, outscoring Harris County 7-0 to even its record at 2-2.

Russell had a huge night for LaGrange with 31 points and he was 5-of-5 from the free-throw line, and Williams made four 3-pointers and scored 17 points.

Covan Huzzie added 11 points, and he made three 3-pointers.

None of Williams’ 3-pointers were as important as the one he made late in the game, and he was glad to get another chance after missing moments before.

“I missed the first shot, and I told them to give the ball back to me and I wasn’t going to miss,” Williams said. “I had to knock that one down.”

Williams was primarily a role player as a sophomore and a junior, but he’s being asked to do a lot more this season, and he has responded in a big way.

Russell was one of LaGrange’s top players last season, and he has kept it going as a senior.

“Bo, he just plays so hard, and has such a knack for the basketball, and does such a good job finishing around the rim,” Veal said.

Both teams were having no problems finding the basket in the early going, and LaGrange led 26-21 after the first quarter.

The Grangers couldn’t maintain that same scoring pace in the second period, and they trailed 38-35 at the half.

In the third quarter, the Grangers were trailing by one when they went on a 9-3 run to take a 54-49 lead into the final period.

The home-standing Tigers didn’t go away, though, and they rallied to take a four-point lead with 3:25 to play.

Back-to-back 3-pointers by Huzzie and Williams gave the Grangers the lead with 1:30 to play, but the Tigers tied it and surged ahead 68-65 with 33 seconds left.

Williams’ clutch basket tied it, and the Grangers controlled things in overtime.

Russell made a pair of free throws with 2:13 to play to give the Grangers the lead.

With 34 seconds left, Russell scored to give the Grangers a 73-68 lead, and Jordan Ogletree came down with a defensive rebound with 18 seconds remaining.

Williams made two free throws with eight seconds left to complete the scoring.

LaGrange will try to make it three straight wins when it visits Callaway on Saturday.