Lady Grangers pull away for win 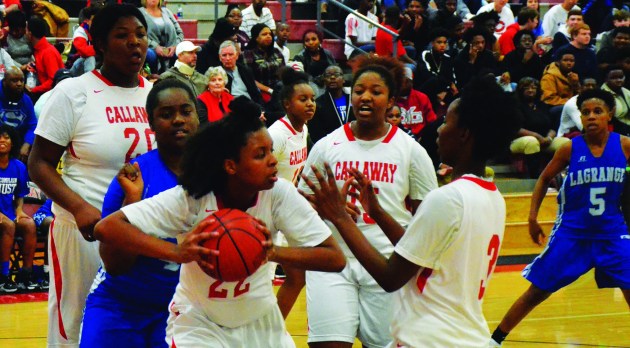 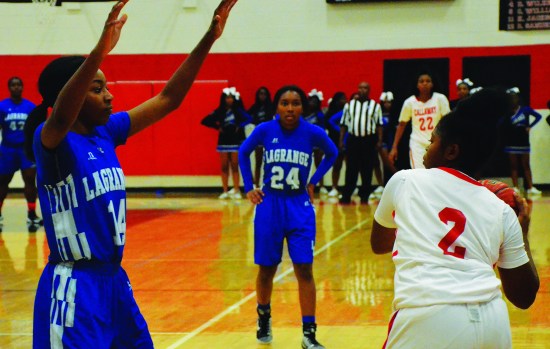 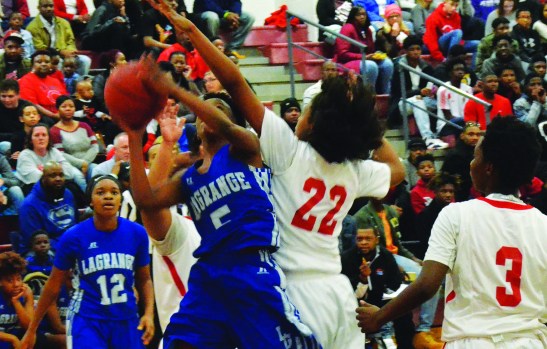 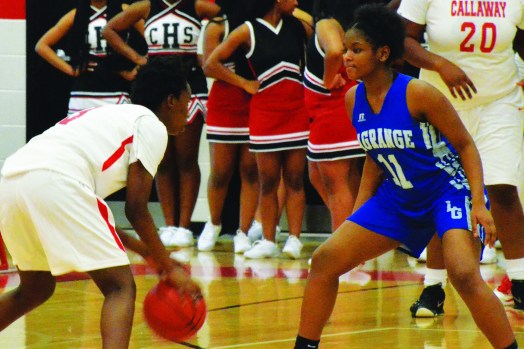 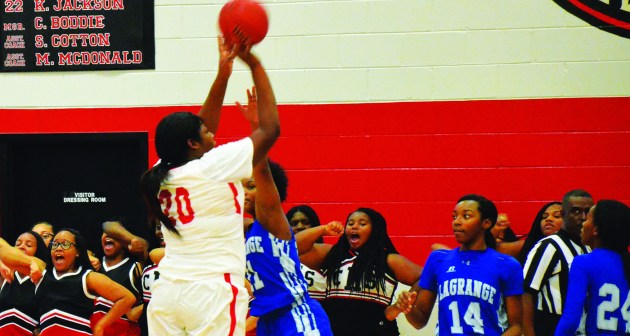 The LaGrange Lady Grangers shrugged off a slow start to beat the home-standing Callaway Lady Cavaliers 64-52 on Saturday.

It was the first of two games in four days between the county rivals, with LaGrange set to serve as the host team on Tuesday.

In Saturday’s game, Callaway led 14-10 after the first quarter, but LaGrange warmed up and seized a 31-22 lead at the half.

The Lady Grangers (3-3) led by 14 points after the third period, and they were ahead by as many as 20 points in the fourth quarter on the way to the comfortable win.

“We started to see some shots go down, and their confidence was built up,” LaGrange head coach Stephen Tuck said. “And anytime we’re able to get steals, we get layups. Everything else kind of goes from there. Once we started getting some easy buckets, it started rolling from there.”

Callaway head coach Deyano Martin, whose team was playing its second game of the season after opening with a road win over Whitewater, said his players made mistakes that proved costly against a team like LaGrange.

“We made a lot of unforced errors, turnovers,” Martin said. “We were not playing our positions, doing what we were supposed to do. We were trying to do too much. I think we got caught up in not playing the right way.”

Chnaireia Strozier, LaGrange’s outstanding senior guard, spurred the turnaround in the second quarter with 10 points, and she finished with 24 points.

Tuck felt Strozier’s energy and intensity made a big difference in the game.

“She’s the one that always plays with a chip on her shoulder,” Tuck said. “She’s trying to prove everybody wrong every single minute, every single game, every single quarter. She loves that. And I think it’s contagious for the rest of the team. They see her getting steals, they see her going hard, and they do the same thing.”

Fellow senior guard Aryan Dozier added 20 points, and she was 4-of-6 from the free-throw line with a pair of 3-pointers.

Cameron scored five points in the first quarter and Beasley made a 3-pointer to help Callaway grab a four-point lead.

The second quarter was all LaGrange, which outscored Callaway 21-8 to go up by nine points at the half.

While Strozier did a lot of the damage with her 10 points, Dozier made two 3-pointers in the second period to help LaGrange soar to the lead.

The Lady Grangers went ahead by 16 points midway through the third period on a 3-pointer by Strozier, and a Kamelah Kelley steal and score extended the lead to 18 a few minutes later.

The Lady Cavaliers did score the final four points of the third period to get within 14, but they never came any closer than 12 in the final quarter.

“I’ve got to tip my hat to them,” Martin said. “The errors we made, they capitalized on them.  They played really, really hard. They’re so hard to stop in transition.”

While the day belonged to LaGrange, Tuck believes Callaway will be a dangerous opponent down the road.

“You can tell they’ve got talent,” Tuck said. “They’ve got experience for last year. They’ll be able to make some noise in their region because of their talent.”