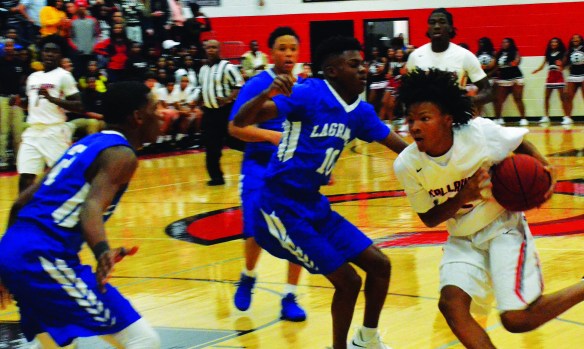 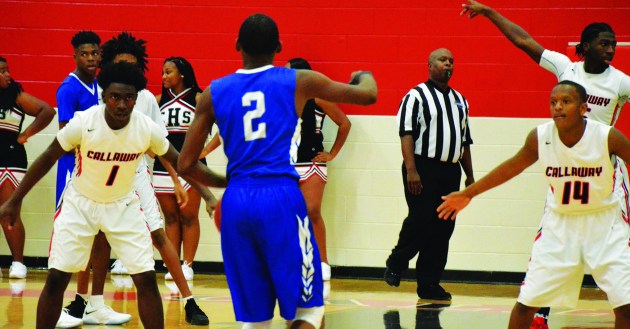 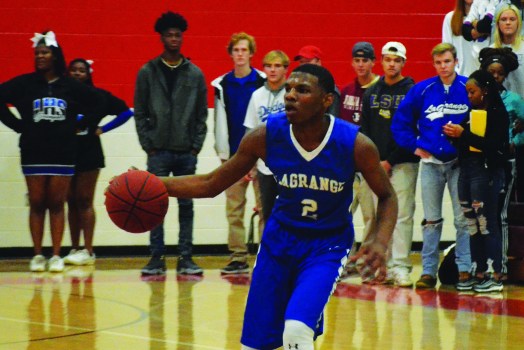 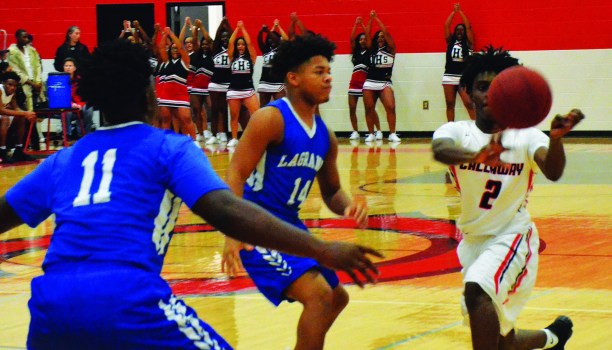 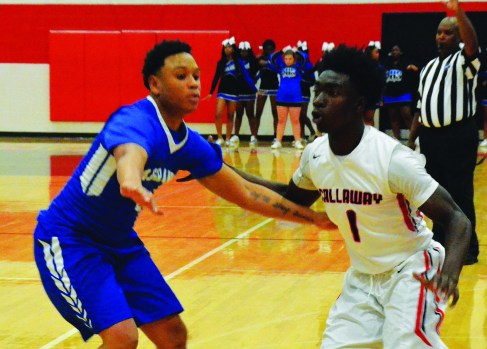 After playing four consecutive games that weren’t decided until the closing moments, the LaGrange Grangers enjoyed a suspense-free victory against the home-standing Callaway Cavaliers on Saturday.

The Grangers led by 10 at the half thanks to a basket by Bo Russell with four seconds left, and they continued to pull away in the final two quarters on the way to a 76-43 victory.

After opening with back-to-back losses, the Grangers have won three in a row, and they played their most complete game of the season on Saturday.

“We were finally able to put two halves together,” LaGrange head coach Mark Veal said. “The first half we got off slow, but Bo hit that basket to put us up 10. And we came out strong to start the third quarter and that helped separate the game for us.”

Russell, who is having a big senior season, led the Grangers with 19 points, and sophomore post player Early Sanders added 12 critical points.

Post player Vondez Taylor scored six points, all in the first half, while providing some solid minutes off the bench.

It was the season opener for the new-look Cavaliers, who featured a starting lineup with a pair of freshmen.

“I told them we’ve got a lot of work to do,” Callaway head coach Terry Hayes said. “I told them to keep your head up. And they did. We’ll just go back to work Monday.”

The Cavaliers, after trailing by 11 early in the second quarter, rallied and got within four with a little more than two minutes to play in the opening half.

LaGrange finished the first half on an 8-2 run, with Russell scoring late to push the lead to 10.

The Grangers dominated the third quarter to take a 64-35 lead, and they breezed to the 33-point win.

LaGrange, which was coming off back-to-back overtime victories against Northside and Harris County, started quickly on Saturday.

When Russell hit a 3-pointer with two minutes left in the first period, the Grangers had a 13-3 lead, and they were up 15-7 heading to the second quarter.

The Cavaliers fought back in the second quarter.

Miles made a 3-pointer to cap that run, and the Cavaliers seemed to have all the momentum.

Beginning with an Early basket, though, the Grangers went on an 8-2 run to seize a 10-point lead at the break.

The 10-minute halftime break did nothing to slow the Grangers.

Ogletree and Williams hit 3-pointers early in the third quarter to help the Grangers pull away.

When Huzzie made a 3-pointer with 2:28 left in the third quarter, the Grangers led by 21 points, and they were ahead by 29 by the time the fourth period began.

Russell, LaGrange’s leading scorer this season, had 10 points in the third quarter.

The Cavaliers were unable to make a dent in the deficit in the fourth quarter as the Grangers eased to the one-sided win.

The two teams will play again on Tuesday with the scene shifting to LaGrange.