Recruiting season is busy at Troup 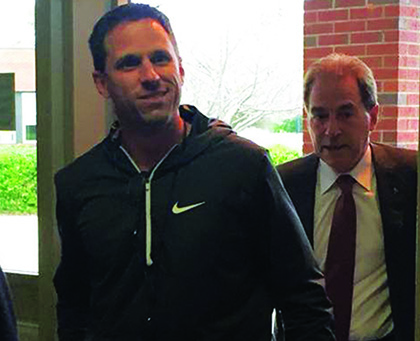 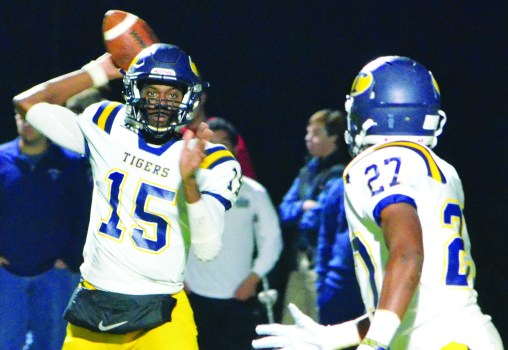 Troup's Montez Crowe is narrowing down his options when it comes to choosing a college game. 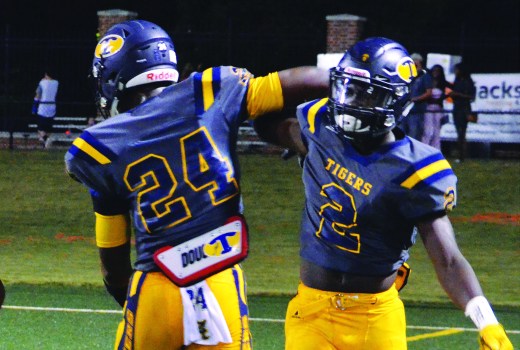 Troup's King Mwikuta and Kobe Hudson are among the state's most heavily recruited players. 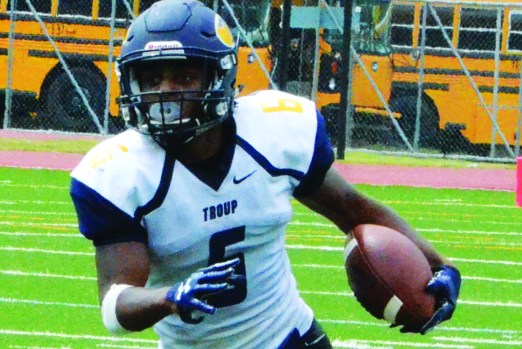 Troup's MaCenta Stafford is looking to find a college home.

Things have changed at Troup.

When Tanner Glisson took over as Troup’s head coach in 2015, the school wasn’t exactly a hot spot for recruiters.

“The first year we were here, I think we had one or two schools come through,” Glisson said. “I think East Tennessee State and somebody else came through.”

Now, on the heels of a second consecutive successful season and with a roster filled with players who will end up playing college football, it’s a different scene at the school.

Last week, among the coaches that stopped by Troup were Alabama’s Nick Saban and Ohio State’s Urban Meyer.

Throughout the week, it was a steady parade of coaches and recruiters who are hoping to convince one of the team’s talented players to choose their school.

“Now I can hardly get any work done for the amount of traffic we have,” Glisson said. “But it’s good. That’s one reason why a lot of kids play ball, to chase that dream, and we want to do everything we can to help them with that. It’s cool to have some high-profile kids that can attract the Nick Sabans and the Urban Meyers, and Gus Malzahns, and Kirby Smarts. That’s a good thing.”

While always happy to have the big-name coaches at the school, Glisson said everyone who comes to visit is important.

“Nothing against him, but he may come through once every couple of years or whatever, and these guys come through every year. You want to make sure you’re dealing with everybody in that kind of manner.”

Among the high-profile recruits at Troup are defensive standouts Andy Boykin and King Mwikuta, as well as wide receiver Kobe Hudson.

Each of those players has received numerous offers from some of the country’s most high-profile programs.

Hudson and Boykin both still have two seasons of high-school football remaining, while Mwikuta will be a senior next fall.

A number of other underclassmen, including outstanding junior wide receiver Jamari Thrash, have also received plenty of attention from colleges.

While most of Troup’s major recruits are underclassmen, a handful of Troup’s seniors will end up signing.

Among that group is quarterback Montez Crowe, who had a remarkable senior season.

The 6-foot-5 Crowe has numerous options, and Glisson said he could end up going the junior-college route.

Glisson said Georgia Military College has made a strong push for Crowe.

“There’s a good quarterbacks coach down there that we have a lot of faith in,” Glisson said. “It feels like in a one-year time he could flip him into a power-five quarterback. If he goes the junior-college route, because he’s a full qualifier, he could leave after one year, and play his cards right and double down on something good.”

Glisson added that “they rolled out the red carpet for him last week, and they’ll be back for him this week. So we’ll see how that plays out. Right now, that’s not a bad option.”

This year for the first time, there is an early signing period for football players.

Beginning on Dec. 20, players will have three days to sign their letters of intent.

The traditional national signing day will be on Feb. 7.

Glisson expects most of his seniors to wait until February, just to keep their options open.

“Almost all of those guys will sign in the second signing period, just in case,” Glisson said. “Unless it’s a place you fall in love with, if you’re not a top-end recruit, you need to wait around to see if something better comes along. We’ll play it by ear and see what happens”

OF NOTE: I’ll have recruiting stories on LaGrange and Callaway later in the week.