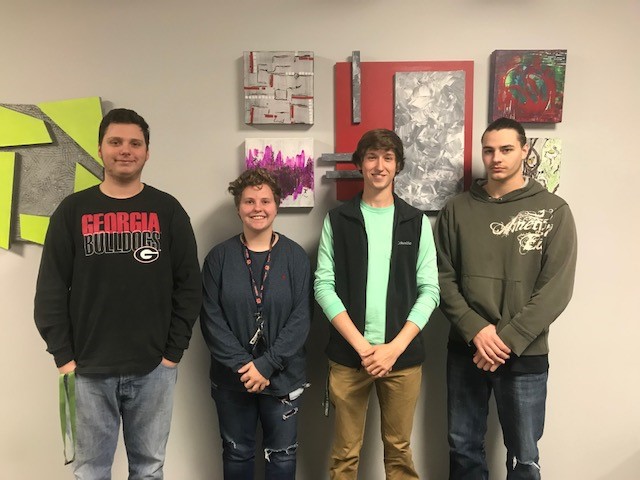 The City of LaGrange is proud to announce the winner of the THINC Academy City Inspired competition is Group number two.

Students in Mr. Aidan Blackwell’s class were asked to create videos showcasing LaGrange. They were instructed to interview at least three community leaders.

“In economics, one of our standards that the students must master is the understanding that when companies are involved in monopolistic competition, they must differentiate their products from similar products,” Blackwell said.

The top two videos, determined by judges, became a part of the City of LaGrange’s “City Inspired” campaign.

The two videos produced by the students are on the city’s Facebook page.

The community was encouraged to vote for their favorite video on Facebook by liking it and Group number two won.

The idea for this project began at the Georgia Academy for Economic Development. Blackwell and City of LaGrange Marketing/Communications Manager Katie Mercer Van Schoor both attended the sessions and began their collaboration.

“This competition has been invaluable for the City of LaGrange because we were able to ask the students what we can do to better communicate with them,” said Van Schoor.

“Some of the feedback we received include creating a City of LaGrange Snapchat filter to producing a video to be shown in the schools’ communications. A huge thank you goes out to Aidan Blackwell. These students were incredibly impressive, and we hope to continue our collaboration with them.”