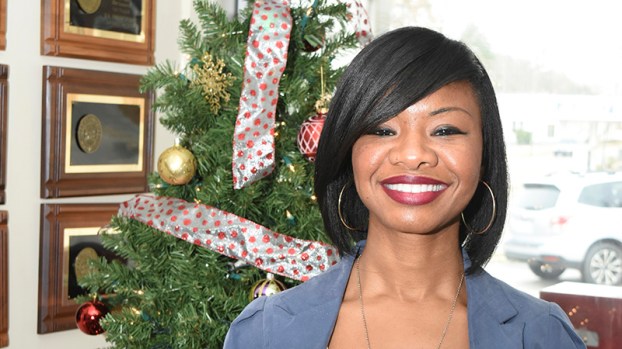 Neighbor Spotlight: Hutchinson happy to be back in LaGrange

The Daily News’ weekly Neighbors series features one person from LaGrange and the surrounding area.

This week we spoke with Tiffany Hutchinson the Mental Health Court Coordinator for Troup and Carroll County. The mental health court aims to help those who facing mental illnesses find help and has been credited with reducing crimes related to mental illness in the city and county.

LaGrange Daily News: Are you from the area?

Hutchinson: I am originally from LaGrange. I just moved back here in 2013 for my job, but I went to Columbus State University, graduated in 2006, stayed in Columbus for a little while, moved to Atlanta for a little while and then returned to LaGrange in 2013.

LDN: What to you is the best thing about living in LaGrange?

Hutchinson: I would say that the best thing about living in LaGrange is that it is a very close knit community. Living in a bigger city like Columbus and Atlanta, no one really knows too many people. It is very cold, so to speak, but here it is just warm and family oriented, and it’s just homey. It’s home.

LDN: What do you enjoy doing in your free time?

Hutchinson: I have two sons. Evan is 8 (years old). Lucas is 5 (years old). Usually in my free time, we do whatever we can together whether it is going to Sky Zone, or recently we’ve been watching a couple of Christmas movies and snuggling on the couch, so usually most of my free time is spent with them.

LDN: What are some of your favorite Christmas activities that you’ve been able to do together this Christmas season?

LDN: What to you is the most beautiful part of Troup County?

Hutchinson: I’ve been to some other communities with work, all over the nation, and our faith based community is one that is more involved than I’ve ever seen in life. Our faith based community has the coalitions for homelessness, for mental health. They helped start the mental health court, so I think that is one of the most beautiful things, just to see the community take action and notice when something is wrong and not just say, ‘OK, well my family member is not homeless, so I’m not going to help out in this area.’ Everyone comes together for the greater good of the community.

LDN: What is your favorite part of working here in LaGrange?

Hutchinson: Not having traffic. I’m kidding, but that too. A lot of the people that I help in mental health court — not a lot of them, some of them — I’ve known previously, so people that I’ve gone to school with that may have gotten into some trouble or needed help. Just being able to come back and be from here and make a difference with people that I have known personally in the past is very helpful for me working here.

LDN: What would you like to see come to LaGrange in the future?

Hutchinson: I would like to see a more broad variety of places to shop, more diversity. I know that there is a huge Korean population that is here, but I would love to see more diversity in LaGrange and Troup County. I know that in regards to shopping a lot of people travel to Newnan and to Columbus, and I feel like if we could become more open and accepting to different agencies and organizations, it would help us to keep that revenue in LaGrange instead of going to different places.

LDN: Is there anything else that you would like to add?

‘Neighbors’ is a weekly series by the Daily News that highlights community members. To nominate a person to be featured, call 706-884-7311.

It was hard to tell who was having more fun Saturday at the annual Children’s Christmas Celebration at Hills &... read more