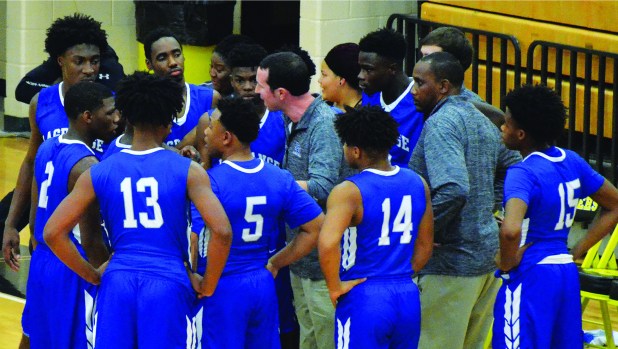 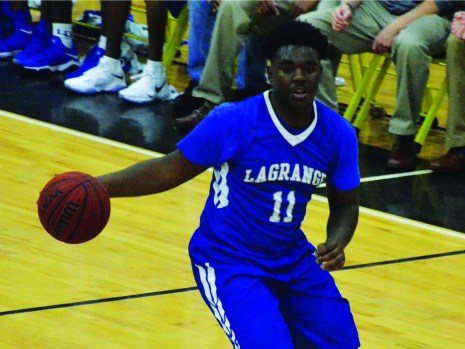 COLLEGE PARK – The LaGrange Grangers, playing their fourth road game in five days, improved to 6-4 with a 57-41 victory over Forest Park on Tuesday on the final day of the War Eagle Classic at Woodward Academy.

The game completed a grueling stretch for the Grangers, who played road games on Friday, Saturday, Monday and Tuesday, and they went 2-2 in those games.

Overall, eight of LaGrange’s regular-season games have been on the road, and the team also played a preseason game at Heard County.

“If you include our scrimmage game, we’ve played nine of 11 on the road, and four of the last five days we’ve had a game, and they’ve all been on the road, at least an hour’s drive,” said LaGrange head coach Mark Veal. “We’ve been traveling, and they’ve been in school these last two days, too.”

LaGrange fell to KIPP Atlanta Intercollegiate on Monday, and it turned things around a day later and beat Forest Park.

It was the Grangers’ six win in eight games since they opened the season with two losses.

“Every game we feel like we’ve had a chance,” Veal said. “We know we’ve got to keep getting better, and hopefully we will.”

In Tuesday’s game, senior guard Daz Williams was unstoppable early in helping LaGrange build a 26-15 lead after the first quarter.

Williams drained five 3-pointers in the first quarter, and he ended up making six shots from long distance on the way to an 18-point night.

LaGrange was limited to 31 points over the final three quarters, but Forest Park only scored 26 points during that stretch.

LaGrange is off until Dec. 27 when it will play its opening game in the LaGrange Toyota Basketball Classic.

LaGrange will play McIntosh, Stone Mountain and Harris County in the three-day event.

After that, LaGrange will open its Region 5-AAAA schedule on Jan. 2 at Central-Carroll.

“We’ll play three games in the Toyota Classic, and then we’ll play region games and that’s when it matters,” Veal said.