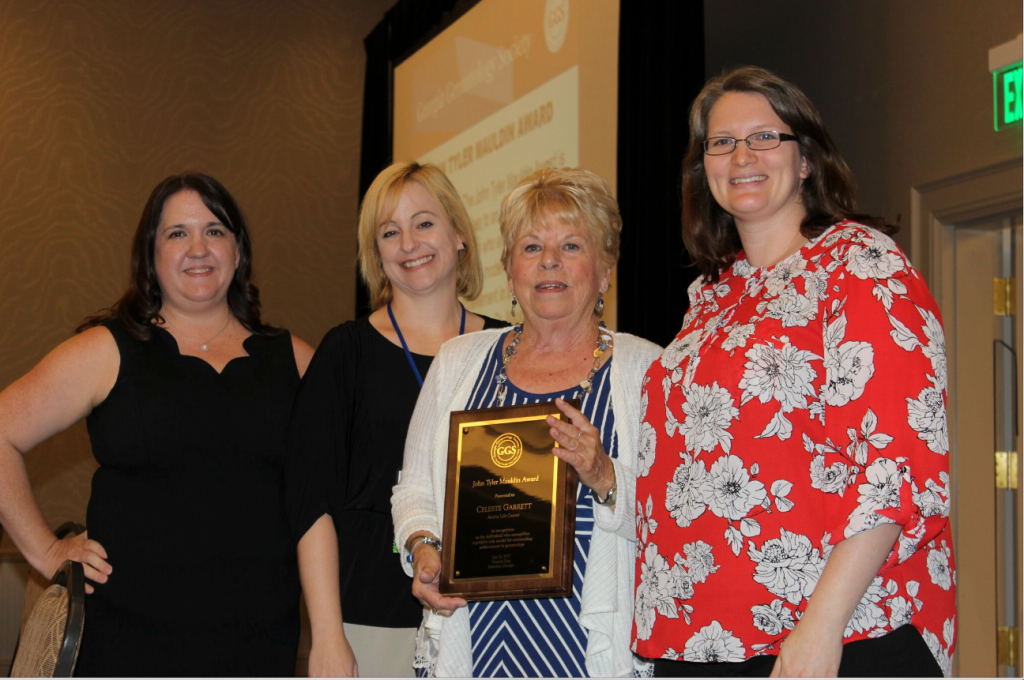 Celeste Garrett was presented with the John Tyler Mauldin Award at the Georgia Gerontology Society Annual Conference in Braselton, Georgia.

The John Tyler Mauldin Award is given to an older individual in Georgia who exemplifies a positive role model of outstanding Achievement in the field of Aging. First given to Dr. Mauldin in 1967 as the First Annual Outstanding Achievement Award, it was named for the first recipient the next year. Dr. Mauldin, a prominent Atlanta surgeon and also an early GGS activist, was appointed in 1959 to chair the newly established Governor’s Commission on Aging, later the State Commission. He directed the planning of Georgia’s participation in the 1961 White House Conference on Aging.

Celeste Garrett has educated Troup County older adults in good nutrition and healthy living, both as County Director and Family and Consumer Science Specialist at the UGA Extension Office (over 20 years) and as the Health and Wellness Coordinator at the Active Life Recreation Center (seven years).