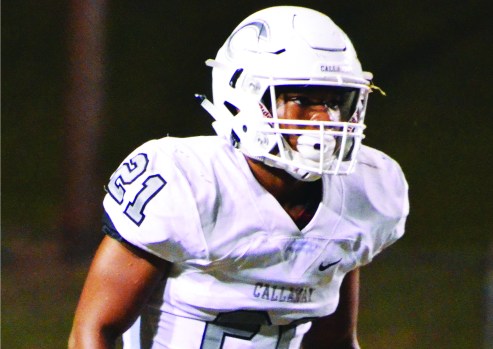 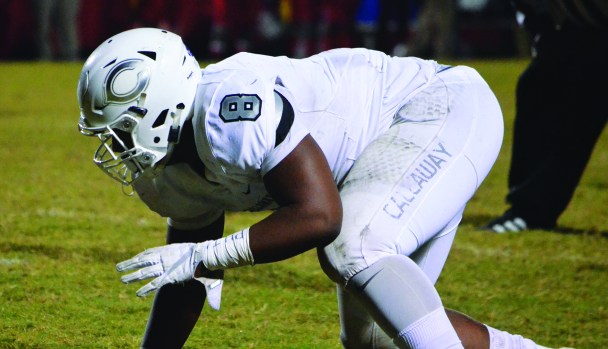 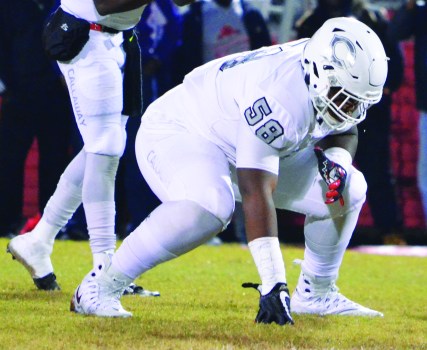 He was the backbone of the defense.

Callaway’s Jonathan Leonard enjoyed a phenomenal senior season, leading the way in tackles while helping the team reach the quarterfinals of the Class AA state playoffs.

Also, Leonard was named the defensive player of the year in Region 5-AA.

While Leonard and Jones were first-team picks, Lichon Terrell was an honorable-mention selection.

Leonard had at least 100 tackles for a second consecutive season, and he made one of the Cavaliers’ most memorable plays.

In a hard-fought game against Upson-Lee, Leonard leaped and made a one-handed interception at the 30-yard line, and he raced 70 yards for the touchdown to put an exclamation point on the 40-20 victory.

“Jonathan Leonard is such a competitor,” Callaway head coach Pete Wiggins said. “No matter what game, no matter what field, he is going to be around the ball. He’s

just a special young man with a big heart, and he gives you everything he’s got on the field each week.”

Leonard was Callaway’s second-leading tackler in 2016, with then senior linebacker Michael Freeman leading the way in that category.

“I just came in knowing what I’ve got to do,” Leonard said. “I had some big shoes to fill with Michael Freeman. I knew I had to step it up.”

“You can’t teach the things that he does,” Hubbard added. “You try to teach the other linebackers, and they just can’t do what he does.”

Terrell, a senior, enjoyed a dominant season from his defensive-line position, and he signed with Western Kentucky last week.

Jones has been a starter on the offensive line for three seasons, and he is one of the state’s most heavily-recruited players.

Leonard and senior defensive back Courtney Williams were first-team selections on defense, and Jones was a first-team player on offense.

Callaway was well-represented on the all-region team.

While Leonard was the region’s top defensive player, running back and linebacker Qua Hines was named the region’s iron man.