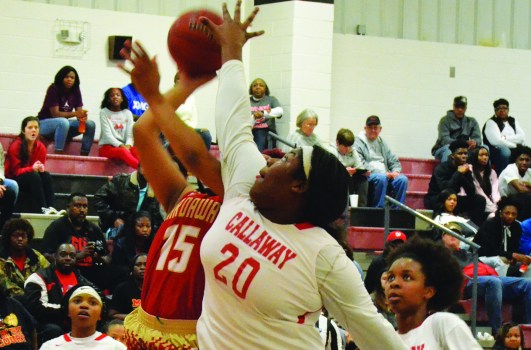 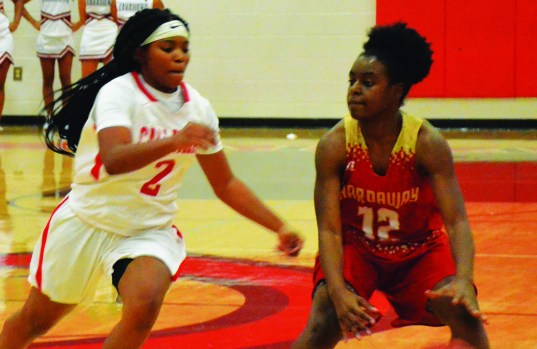 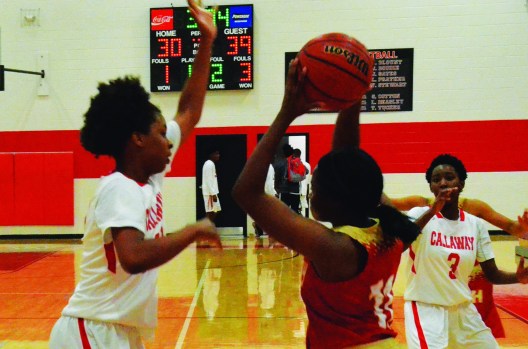 Chyna Cameron had a career-high 30 points, but that wasn’t enough to lift the Callaway Lady Cavaliers past Hardaway on Saturday.

Callaway got off to a fast start and led 18-4 after the opening quarter, but Hardaway rallied for the 58-52 victory.

Callaway (1-5) will begin its Region 5-AA schedule today with a road game against Heard County.

It’s a rematch of the region-championship game that was won by Heard County last season.

Before Saturday, Callaway hadn’t played in nearly two weeks, and head coach Deyano Martin was glad to get some time on the court before heading into region play.

“The whole purpose of this game was to not have a long layoff,” Martin said. “I wanted to get one game in before region begins. I thought we would play better than we have been, and we did.”

Cameron not only scored 30 points, but she also pulled down 18 rebounds and had three assists and two steals.

Things turned around in a big way in the second quarter, though, with Hardaway outscoring Callaway 28-3 to seize a 32-21 lead at the half.

“When you jump out like that, you need to put your foot on the gas,” Martin said. “But give Hardaway credit.”

Trailing 48-41, the Lady Cavaliers made their move early in the fourth quarter.

A Cameron three-point play cut the Hardaway lead to two, and Leijorey Sanders made two free throws with 5:16 remaining to tie it at 50-50.

After Hardaway reclaimed the lead, Cameron pulled down an offensive rebound and scored with 4:06 left to deadlock the score once again.

The Lady Cavaliers didn’t score the remainder of the game, though, and the Hawks were able to pull away for the six-point win.

It was a tough loss, but Martin saw some encouraging signs heading into the all-important region schedule.

“We played a lot better tonight than we’ve been playing,” Martin said. “We played with effort. We got the ball inside. If we ever put it all together, we’ll be fine.”

In a region where only one team has a winning record, Martin believes his team is a legitimate threat to win the title.

“We’ve got a legit shot to do pretty good in the region,” Martin said. “If we play like we did tonight, we’ll be OK. We’ll shoot the ball better.

“If we can get our post players to play like they did tonight and put it all together, I think we’ll be a force in the region.”