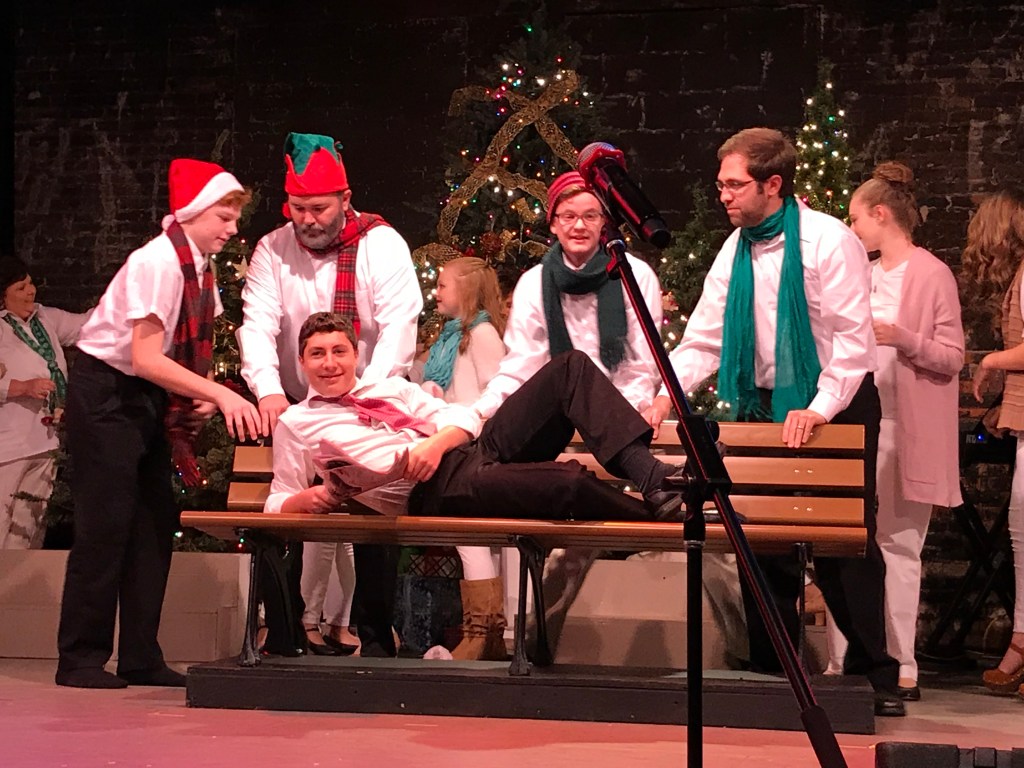 An almost sold out theatre and over $2,000 earned are the results from last weeks production of “Once Upon a December” at the New Horizon Theatre.

“I couldn’t have asked for a better performance.”

The show, as explained by Langley, was a stage production encompassing visits from snowmen and Santa Claus to “Rockin’ Around the Christmas Tree” to close harmony numbers and more religiously-based songs.

“The band [Alabama Avenue] was great and very easy to work with,” Langley said. “It added a spark to the entire show.”

The director also had much praise for her performers who, in her own words “gave 150 percent.”

“It was a lot of long hours and hard work but everyone had a great attitude and they were a joy to work with,” she said. “It was a hard show to put on in three days.”

Indeed the production of the show is just as interesting as the show itself. The performers were given the music and simple guidelines for what the show entailed but actual practice was only done for the three days preceding the show.

And the results speak for themselves. Langley said the theatre was “filled up” and almost entirely sold out.

“The audience was warm and receptive to the entire show,” she said. “The energy was go good and I couldn’t have asked for a happier moment.”

This is the fourth year New Horizon has done one of Langley’s holiday-themed shows.

“I came to Bill [Nixon] year’s back and started talking about a program that raised money for the theatre,” Langley said. “We put it together and every year it has grown.”

Chattabrewchee looking to move into distribution