Temperatures to remain low throughout week 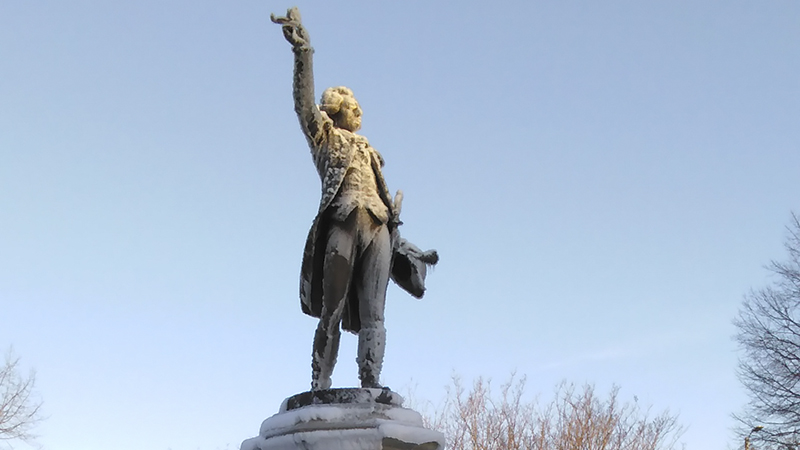 A cold front swept through LaGrange with the start of the new year, freezing local fountains and sending residents back to their closets for heavier winter jackets.

“You are going to be in the low 20s to upper teens pretty much through Saturday for the low temperatures,” said Adam Baker, a meteorologist with the National Weather Service in Peachtree City. “Then by Sunday, you should have a brief warm up to where you’ll get highs around 50 degrees for Sunday and almost 60 degrees by Monday.”

Temperatures in LaGrange are unusually low for the area, which would usually be about 20 degrees warmer in January. The coldest temperature on record for LaGrange is -10 degrees Fahrenheit in 1899, according to the National Weather Service in Peachtree City’s records which date back to 1892.

“It is definitely abnormally cold,” Baker said. “Your normal minimum should be around 37 (degrees) or the mid 30s, and you are getting closer to the upper teens, so that is a good 20 degrees below normal.”

According to Baker, normal variations from year to year are generally around 5 to 10 degrees’ difference. However, last January highs were in the mid 60s and lows were in the mid 40s to upper 50s.

“It basically started way north, up in Canada, so it is a much colder air mass that plunged much further south than we normally see,” Baker said. “Essentially we are getting what you would see in the midwest — or maybe just a bit further south — just shifted to the southeast here.”

Temperatures to dip below freezing rest of week in…