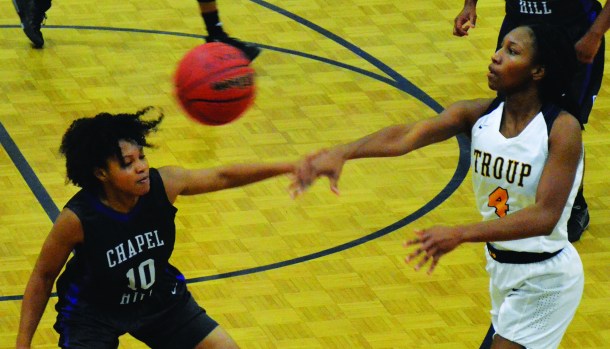 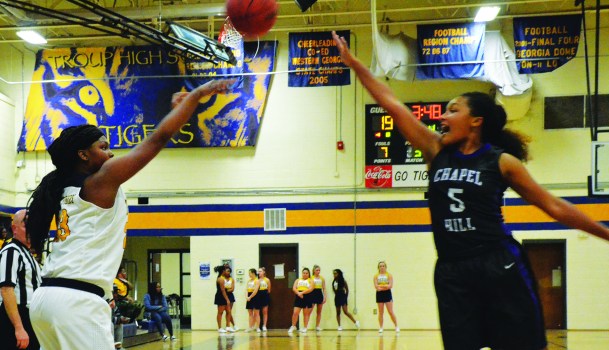 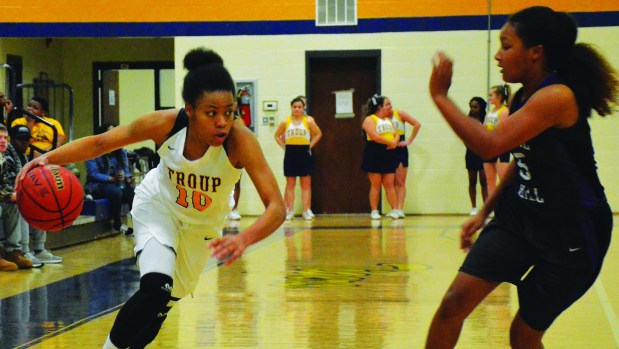 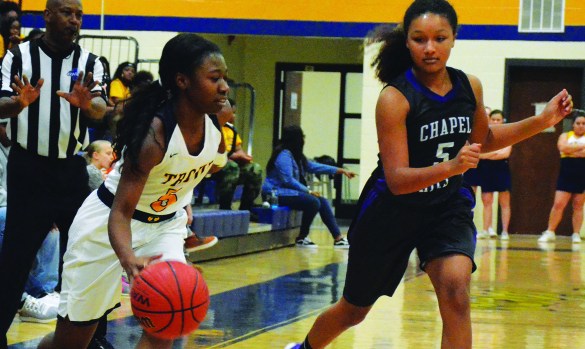 A stingy defensive effort helped lift the Troup Lady Tigers to a 42-25 home win over Chapel Hill on Tuesday in the Region 5-AAAA opener for both teams.

While Troup has struggled at times on offense this season, the defensive effort has been consistent.

Chapel Hill only had six points at the half, and many of its points came long after the game had been decided.

On a team still looking to figure some things out on offense, head coach Carla Thornton said it’s important to make sure the defense is there every game.

“We’ve got to clamp down on defense and force turnovers to give us an opportunity,” Thornton said.

Amber Gilbert, a sophomore post player who is at full strength and playing well after undergoing knee surgery during the summer, led Troup with 13 points.

No one for Chapel Hill had more than six points.

Riggins had the hot hand early, and she scored six points in the first quarter to help Troup take an 8-6 lead.

In the second quarter, Chapel Hill was held scoreless, and Troup had a 16-6 lead at the half.

Troup went up 23-8 early in the third quarter, but Chapel Hill hung tough and got within nine late in the period.

Troup regained control, though, and Smith hit a 3-pointer late in the quarter to give Troup a 31-16 lead.

Troup maintained a comfortable advantage throughout the fourth quarter to finish off the one-sided win.