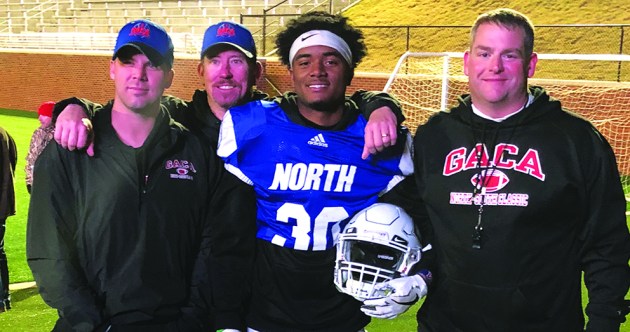 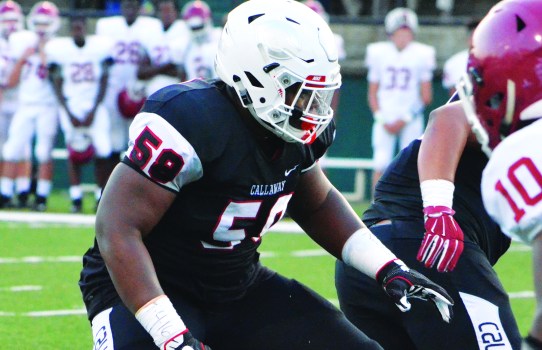 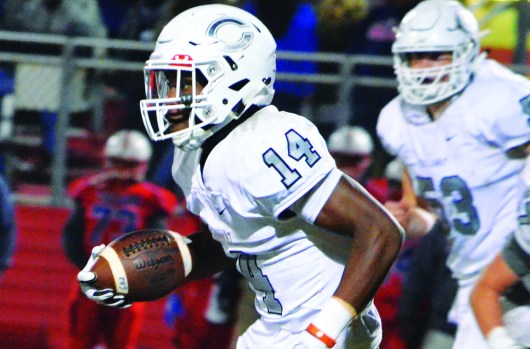 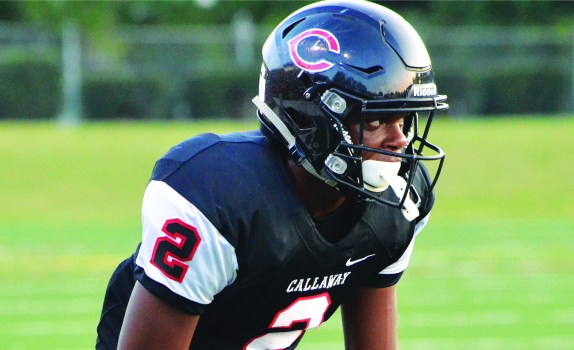 Oftentimes, it takes an all-star coaching staff a little while to get on the same page.

These are coaches, after all, who come from different programs and have their own way of doing things.

That wasn’t much of an issue for one of the teams participating in the Georgia Athletic Coaches Association all-star games last week.

There were three games, one each for current sophomores, juniors and seniors.

Callaway head coach Pete Wiggins was in charge of the north senior squad, and two men he knows well were helping him out.

Wiggins said it was a busy, but enjoyable week.

“We had a great time,” Wiggins said. “There were a lot of really talented kids that worked hard all week. I was really fortunate to be around a great group of coaches and learn a lot from them. It was a really next experience.”

There were two local players on the north senior squad, including Callaway defensive back Kobe Jackson.

Troup’s Montez Crowe was the quarterback for the north squad, which fell short against a talented south team.

The team practiced three times before playing the game on Dec. 28 at Freedom Field in Warner Robins.

“Everything was laid out very well,” Wiggins said. “I thought the GACA staff did a phenomenal job with the entire week. It was a really good atmosphere.”

Wiggins added that “the facilities were excellent. It was a great group of coaches. And the kids, they worked hard each day at practice. There were a lot of really talented kids. So it was a fun week.”

Wiggins was happy to be able to share the experience with Hubbard and Napier, two men he has worked with for more than a decade.

“Coach Napier did a great job on offense, and coach Hubbard did a great job on defense,” Wiggins said. “I thought it was very special for us to be there, and have three coaches representing Callaway High School on the same staff. Again, it was just a really good week in a lot of ways other than just football.

“There were some really good speakers, and the (Fellowship of Christian Athletes) did a great job and brought great messages to the kids. There were a lot of activities for the kids. I learned a lot from being there, and hope to do it again one day.”

While Jackson played in the senior all-star game, Callaway sophomore running back Cartavious Bigsby was a member of the north sophomore team.

Bigsby, who enjoyed a phenomenal season running the ball, showed off his versatility when he caught a 22-yard touchdown pass to help the north team prevail 36-21.

Bigsby caught the pass at the 7-yard line, and he made a defender miss before diving into the end zone.

Another member of the Callaway football team, junior offensive lineman Keiondre Jones, participated in the Rising Seniors all-star game last week, and he played for team Commitment against team Dedication.

It was team Dedication winning 31-14 in the game that was played on Friday in Macon.

While Bigsby and Jones will return next season for the Cavaliers, Jackson has played his final high-school game.

Jackson will be one of a number of Callaway players who will sign a letter of intent to play college football in February.

Bigsby and Jones are both being heavily recruited, and they’ll have their pick of schools when it comes time to make a choice.

Three other Callaway players will be participating in upcoming all-star games.

Senior DQ Wilkerson, a wide receiver, defensive back and punt returner for Callaway, will play in the Georgia-Florida all-star game on Saturday in Riverdale.

Also, Bigsby and fellow sophomore Jacob Freeman will play in the True 2.0 all-star game in Texas later this month.