Lady Grangers back at full strength 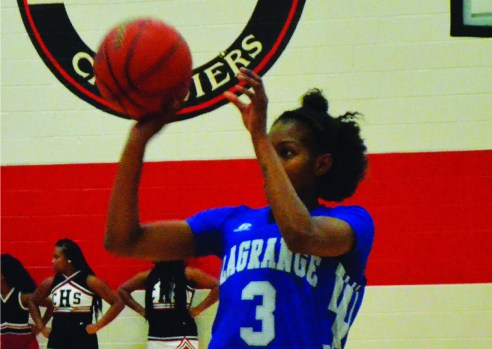 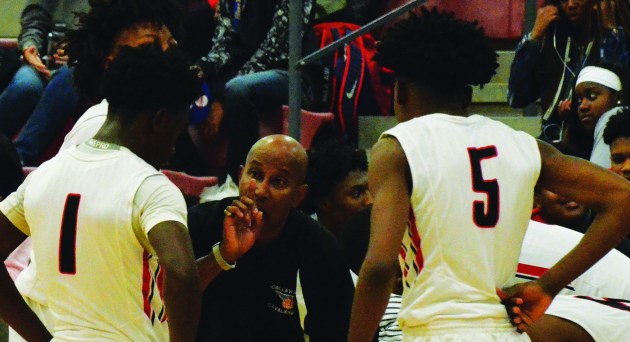 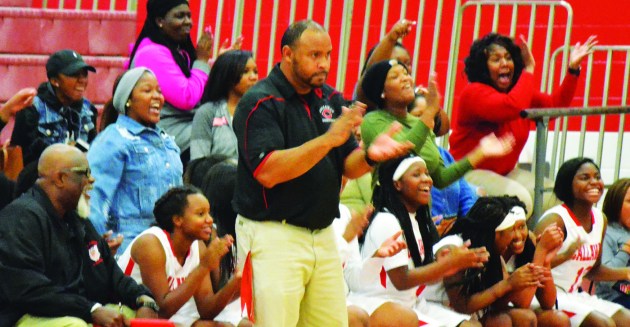 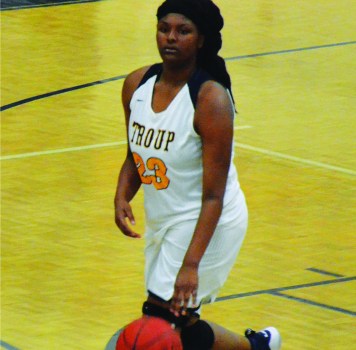 The gang is together again.

On Dec. 11, senior guards Aryan Dozier and Chnaireia Strozier combined for 44 points to lead LaGrange to a 64-52 victory over Callaway.

For nearly three weeks after that, the Lady Grangers were short-handed while Dozier recovered from an illness and was unable to play.

After missing six consecutive games, Dozier played a few minutes in the final game of a tournament in Newnan last week.

On Tuesday, Dozier was back at full strength and ready to roll, and she and Strozier combined for 31 points to help lift LaGrange to a 48-44 overtime victory over Central-Carroll in the Region 5-AAAA opener for both teams.

Early in the season, it was Strozier missing a few games, so the two dynamic senior guards haven’t spent that much time on the court together.

Tuesday, in fact, marked only the fourth time this season the two seniors were together for a full game.

The first time the two guards were together was in the season’s third game, a 57-31 victory over Northside.

Dozier led LaGrange with 20 points, and Strozier had 15 points in her season debut.

In the rematch against Northside, Dozier went off for 36 points, and Strozier didn’t play in that game.

The two were together for the next two games.

Dozier had 23 points, and Strozier scored 10 points in a loss to Harris County.

Then against Callaway nearly a month ago, Strozier scored 24 points, and Dozier added 20 points.

Without Dozier, Strozier was the primary scorer, and she was also the on-court leader, and head coach Stephen Tuck said she thrived in that role.

Even when the two guards were together, Strozier stood out.

In the first Callaway game, Tuck felt it was Strozier’s energy and effort that helped make the difference.

Dozier, meanwhile, gives LaGrange a player capable of putting up big numbers on any given night.

In her first six games, Dozier averaged 22 points per game, so that was a lot of offense to replace.

The 14 points Dozier scored in Tuesday’s game was her low point total for the season when she played a full game.

LaGrange (5-9 overall) will look to improve on its 1-0 region record when it visits Cedartown today.

LaGrange will be at home for another region game on Saturday against Cartersville.

On Tuesday, Cedartown outlasted Cartersville 41-40 in the region opener for both teams.

While it was a tough blow to lose Dozier for an extended stretch, the bright side was that some other players got some valuable experience in her absence.

“I think we’ve honestly played as a whole team maybe three games,” Tuck said last week. “So everything you have to look at as an opportunity, and I think it’s been an opportunity for some other girls to have to step up. They can’t depend on Fruit (Dozier) to do this, or Mo (Strozier) to do this. And I think we’ve seen that at times. It’ll be good in the future, and even at times this season.”

The Grangers have won five in a row, including three straight in last week’s LaGrange Toyota Basketball Classic.

In the win over Central, senior Bo Russell delivered a dynamic performance with 33 points.

Russell was at his best when the game was on the line.

In the fourth quarter of a tight game, Russell scored 11 of his team’s 22 points.

Cartersville, which has been ranked in the top 10 in Class AAAA all season, opened its region schedule with a 60-34 win over Cedartown on Tuesday.

TROUP: Troup’s teams, fresh off their one-sided wins over Chapel Hill to kick off Region 5-AAAA play, will look to keep it going when they visit Sandy Creek today.

Troup’s boys’ team made easy work of Chapel Hill on Tuesday, rolling to a 69-35 home win.

As has been the case in nearly every game this season, senior guard Jarrious Jefferson led Troup in scoring with 15 points.

Everyone who was available played, and 12 different players scored.

The challenge will likely be a much greater one today for Troup, which will be on the road against a formidable Sandy Creek squad.

Sandy Creek (9-3) reached the Class AAAA semifinals last season, and most of the players responsible for that success have returned.

On Tuesday, Troup will visit LaGrange, which has won three consecutive region championships and is off to a 10-4 start this season.

The Tigers (6-5) are hoping to establish themselves as one of the region’s front-runners, and they’ll have a chance to make a major statement in their next two games.

Blake Craft, Troup’s first-year head coach, believes he has a team capable of competing with the region’s elite.

“All the pieces are there,” Craft said. “We’ve got the inside-outside (game). We’ve just got to make sure we play together.”

Gilbert didn’t play in the first few games this season while she recovered from offseason knee surgery, but she is at full strength now.

Troup head coach Carla Thornton said it’s important for Gilbert to realize it’s OK if she isn’t yet back to where she was before the injury.

“Right now we’ve to get her to settle down, keep her composure,” Thornton said. “She wants to be back where she was. Sometimes, you have to let the game come to you.”

CALLAWAY: They’re hoping this is the night.

The Callaway Cavaliers have opened the season with seven straight losses, and they fell to Heard County 52-48 on Tuesday in their Region 5-AA opener.

Callaway will try to get that elusive win today when it hosts Lamar County (5-8), which lost to Temple 50-48 in its first region game.

The Cavaliers, despite taking the court without a handful of players who were out for various reasons, hung tough with the Braves before losing a close one.

The Cavaliers trailed by 12 points with a little more than two minutes to play, and they got as close as two before falling short.

A bright spot for Callaway in the loss was the performance of 6-foot-5 junior post player Walt Stewart, who scored 16 points.

Stewart got the most playing time of his high-school career, and he produced.

“I put him in, and he played pretty good,” Callaway head coach Terry Hayes said.

The team that was on the court on Tuesday was made up almost entirely of players getting their first significant varsity playing time this season.

Among that group were two freshmen, Demetrius Coleman and Ja’Vontay Boddie, as well as sophomores Antinez Blount and Kindae Maddox.

The only veteran player on the court was senior guard Lazerrick Prather.

Despite that, the game was there for the taking.

“It was in our hands,” Hayes said. “We missed so many easy shots.”

Lamar County (8-5), which is the only girls’ team in the region with an overall winning record, began its region schedule with a 56-36 win over Temple.

Callaway’s teams will step out of the region to play at East Coweta on Saturday.