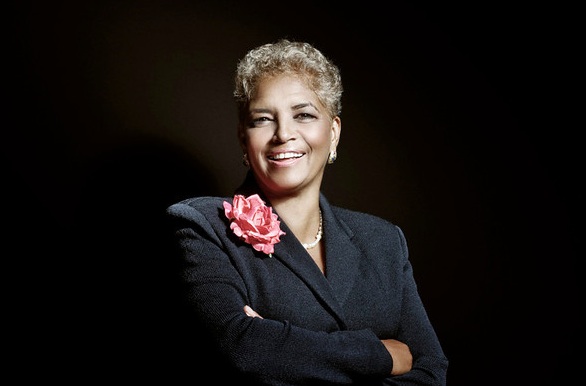 Shirley Franklin, former mayor of Atlanta, will deliver this year’s Martin Luther King Jr. address at 4 p.m. Jan. 16 in Callaway Auditorium at LaGrange College. The event is free and open to the public.

In 2002, Franklin was the first African-American woman to be elected mayor of a major Southern city. She served two terms, leaving office in 2009. She currently serves as president of Clarke-Franklin and Associates Inc.

Franklin was the college’s commencement speaker in 2009, when she was awarded an honorary doctoral degree.

“Her record as a trailblazer is renowned, not only in politics and business, but also as a leader in civil and human rights issues,” he said. “She continues our tradition of outstanding MLK speakers such as Rep. John Lewis, the Rev. Otis Moss Jr.  and Freedom Rider Hank Thomas.”

Franklin co-chairs the United Way of Metropolitan Atlanta’s Regional Commission on Homelessness, serves as the chair of the National Center of Civil and Human Rights and serves on the board of the Volcker Alliance. Additionally, Franklin serves on the board of directors of Mueller Water Products and Delta Air Lines.

From 2013 to 2016, she served as the inaugural Barbara Jordan Chair in Ethics and Political Values at the Lyndon Baines Johnson School of Public Affairs at the University of Texas Austin, and from 2010 to 2012 she was a visiting professor in political science at Spelman College.

During her eight years, the city of Atlanta experienced unprecedented growth and gave Franklin the opportunity to partner and collaborate with many local and regional leaders in addressing urban policy challenges, which included urban planning, economic development and infrastructure.

She is best known for advocating for and tackling major government operations and ethics reform, launching the Atlanta Beltline, planning and executing more than $5 billion in airport and water infrastructure improvements, leading the acquisition of the Morehouse College Collection of Martin Luther King Jr. Papers, launching the Atlanta Regional Commission on Homelessness and developing successful business and public-sector partnerships and alliances.

Franklin was a recipient of the 2005 John F. Kennedy Profile in Courage Award for her leadership in restoring fiscal stability and ethical government to Atlanta. She is a contributor to several books, including “Leaders on Ethics,” “Real-World Perspectives on Today’s Business Challenges,” “Principles for a Successful Life,” “Megaregions – Planning for Global Competiveness” and “Investing in What Works for America’s Communities.”

Aside from her role as a public official, her community service spans over 40 years in Atlanta and includes her active participation in the arts, homelessness, higher education and politics.

Georgia’s oldest private institution of higher learning, LaGrange College is consistently ranked among the South’s top colleges by U.S.News & World Report. A four-year liberal arts and sciences college affiliated with the United Methodist Church, LaGrange offers more than 70 areas of study with an emphasis on global engagement and service.

Chipping their way to a greener Troup