Locals hoped to see Georgia win title, but had a great time in Atlanta 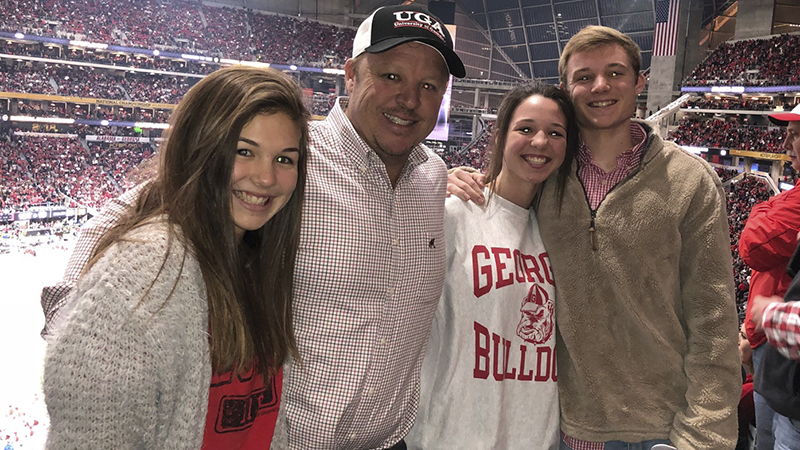 There’s no way to sugarcoat it. When Georgia lost to Alabama in Monday’s national championship game in Atlanta, it was tough on local fans.

The Bulldogs led the majority of the game, including 13-0 at halftime, and appeared to be on their way to their first national championship since 1980. Instead, Alabama fought back and won the game 26-23 in overtime, denying Bulldogs fans of a title they felt was theirs.

Among the disappointed were several people from LaGrange, including Michael Stogner, who has attended every single Georgia game this year.

“I took three of my kids, and I really wanted them to have a chance to watch something that was kind of once in a lifetime,” Stogner said. “To see my alma mater play close to my hometown was something that may never happen again in my lifetime. It was something I couldn’t pass up on.”

Stogner said he was on pins and needles the whole second half because he knew Alabama coach Nick Saban would make some sort of adjustment. The change was to bring freshman Tua Tagovailoa in at quarterback, and it worked. Tagovailoa threw three touchdown passes in the second half as Alabama rallied to win.

For Atlanta sports fans, it was just the latest in years of heartbreak. Last year’s Super Bowl, where the Falcons blew a 28-3 lead to the Patriots, and years of Atlanta Braves near-misses have many wondering what it’ll take for a local team to finally break through.

“I think cursed is the wrong one to use probably, but we haven’t had luck on our side,” Stogner said. “We played against coach [Bill] Belichek and Tom Brady and then we got Alabama and Nick Saban. The Braves ran into a lot of great Yankees teams with Derek Jeter along the way. It just hasn’t been on our side the last 20 years, but I’ll tell you this. It was sure great to be there. I’d take the loss. Being there is something you’ll never forget your entire life.”

She had traveled with a group of five all the way to the Rose Bowl, and there was no way she was going to miss Monday’s game.

After the last two games, she had a chance to visit with Callaway High graduate Terry Godwin. McCann, a teacher at Callaway Elementary, didn’t get to talk to Godwin after the game Monday night, but she did wear her red No. 5 jersey, and she cheered loudly for him from the stands.

“It is amazing that somebody from your hometown is out there on that spotlight,” McCann said. “I wore my jersey last night and everybody was asking how I knew him. I told them he’s our hometown boy.”

And although Monday night wasn’t the celebration Georgia fans wanted, there’s plenty of hope on the horizon.  Georgia is currently slated to bring in the top recruiting class in the country next year.

“You should’ve seen what I wore to school today,” McCann said. “I had on my Georgia sweatpants, my Georgia shirt and my Georgia hat. The kids have given me a hard time about it, but I’m a ‘dawg.”