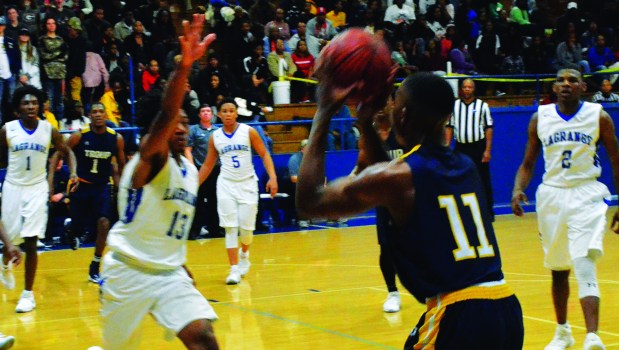 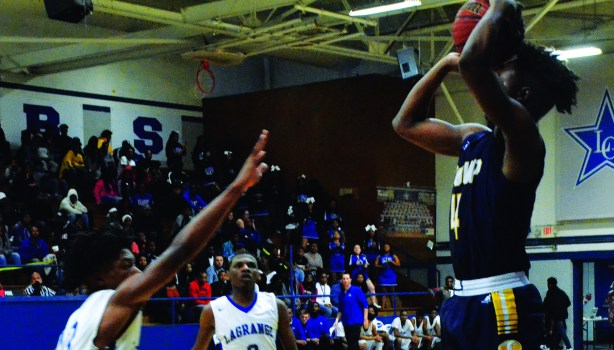 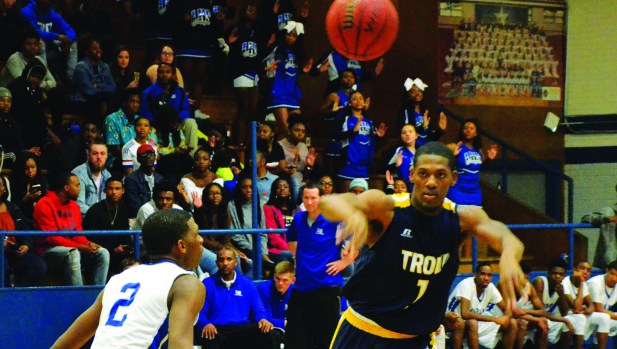 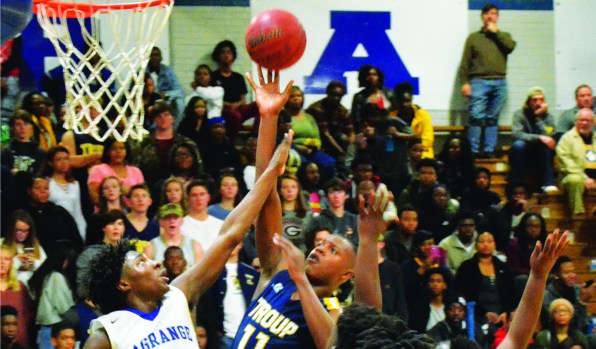 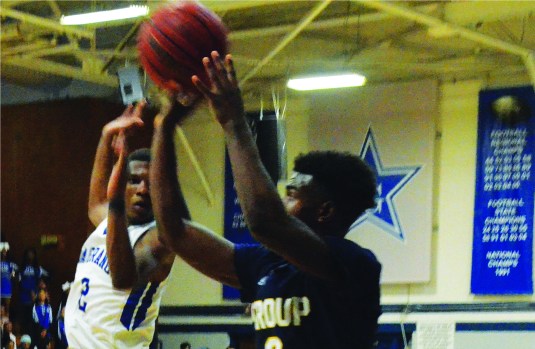 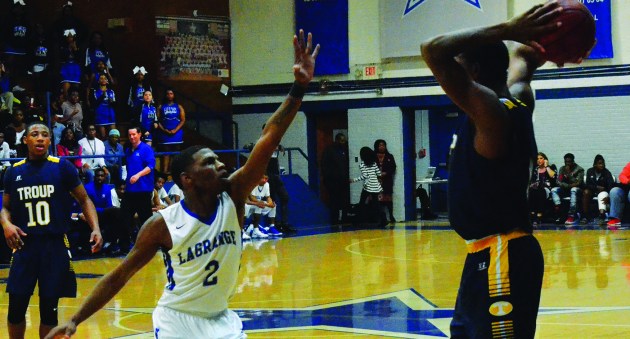 The Troup Tigers were soaring.

With Jarrious Jefferson closing the third quarter with a scoring flurry, Troup held a 53-37 lead over LaGrange as the final period began.

While the Grangers were down, they were a long way from out.

Daz Williams hit a pair of 3-pointers early in the fourth quarter to help the Grangers gain some momentum, and they went on to claim a thrilling 64-63 victory on their home floor.

Even though the Grangers faced a daunting deficit entering the final quarter, senior Bo Russell remained positive and kept encouraging his teammates.

“Everybody on our team was getting down,” Russell said. “We just kept telling them we’re coming back. We’re going to finish the game. And we finished.”

Jefferson, who scored the final 11 points of the third period, made five 3-pointers and scored 20 points.

King Mwikuta also had a big night for Troup with 18 points, and Montez Crowe added 11 points.

In the final quarter, the Grangers kept chipping away at the deficit until Russell made a 3-pointer with 1:13 remaining to deadlock the score at 63-63.

The Tigers used most of the clock on their ensuing possession as they looked to play for the final shot, but they turned the ball over with six seconds remaining.

Russell was promptly fouled, and he made a free throw to give the Grangers a one-point lead with four seconds left.

The Grangers came up with the steal on the ensuing inbounds play to run out the clock, and they celebrated a hard-earned victory as the home fans stormed onto the court.

The victory was especially nice for LaGrange since it was coming off back-to-back region losses to Cedartown and Cartersville.

Against Cartersville, LaGrange had a 13-point lead in the second half at home before falling short.

“It was a good region win for us,” LaGrange head coach Mark Veal said. “We really feel like we let two games slip away from us. Friday (against Cedartown), it’s hard to win on the road. That can go either way. We do believe we let the Cartersville game slip away. So to get back on track in the region, that’s a good win for us.”

It was obviously a disappointing night for the Tigers, who were in great position to get a win on their arch-rival’s home floor, but it wasn’t meant to be.

“It’s a good learning lesson,” Troup head coach Blake Craft said. “You have to close games better as a team. It’s not one person. We have to do better as a team down the stretch.”

The Tigers had the hot hand early, with Kobe Hudson hitting a pair of 3-pointers in the first quarter to help put the Grangers in an 18-12 hole.

The Tigers kept it going in the second period, and they went to the halftime break with a 32-22 lead.

The Grangers charged back in the second half, and they were within two when Williams made a 3-pointer with 4:09 left in the third quarter.

It was a three-point Troup lead when Andy Boykin scored, and that’s when Jefferson took over. During a span of a little more than two minutes, Jefferson made three 3-pointers and scored 11 points.

The third of those 3-pointers came at the third-quarter buzzer to give the Tigers a 16-point lead.

The Grangers needed a spark, and they got one from Williams, whose back-to-back 3-pointers cut the Tigers’ lead to nine early in the fourth quarter.

Williams made three 3-pointers in the fourth quarter while scoring 10 of his 17 points.

“I felt like I couldn’t let my team down,” Williams said. “I had to play hard like I know how to play”

After the Grangers got within four, the Tigers went up by as many as seven points with 3:24 remaining.

The Grangers kept coming, though.

Huzzie knocked down a 3-pointer with 2:11 to play to make it a three-point game.

After Mwikuta scored to put Troup up by five, Russell made a pair of free throws to make it a three-point game.

The Grangers forced a turnover, and Russell deadlocked the score with his 3-pointer 1:13 remaining, setting up the dramatic final moments.

Both teams will be at home on Friday, with LaGrange facing Sandy Creek, while Troup will take on Cedartown.